Although North West won’t officially turn 5 until June 15 and Penelope Disick has to wait until July 8 to turn 6, the pair teamed up for a joint unicorn-themed birthday bash on Sunday.

“North and P! Twin girls, turn around!” Kim Kardashian West called out to the cute cousins in a video showing off the pair’s identical rainbow robes and matching bathing suits.

While documenting what she described as “North and Penelope’s unicorn birthday party,” the KKW Beauty mogul made sure to highlight all of party’s sweet treats, which included doughnuts, matching unicorn cakes and rice crispy pops with little unicorn horns and ears.

In one video, the Keeping Up with the Kardashians star also confirmed North’s father Kanye West was in town from Wyoming to celebrate the happy occasion.

“Here, come with daddy,” she can be heard saying to her almost 5 year old.

Also present for the happy day was new mom Kylie Jenner, who brought along her 17-week-old daughter Stormi Webster.

“Happy birthday North & P,” she captioned a photo of herself and her daughter, who was wearing a sweet white headband, shorts and what appeared to be a Gucci blanket.

North and Penelope’s joint birthday party is shaping up to be an annual Kardashian tradition. Last year the pair enjoyed a Moana-themed celebration, and in 2016 the two girls honored their big days with a mermaid-filled bash.

While North still has over a week before her birthday rolls around, she’s already started receiving presents — specifically two luxury handbags from Alexander Wang!

Sharing a photo of one of her gifts, Kardashian West gushed, “Look at this Wang bag that North got.”

Enthusiastically, she added, “I’m stealing this !!!!!” 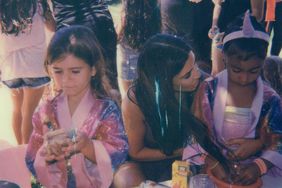 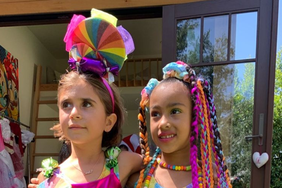 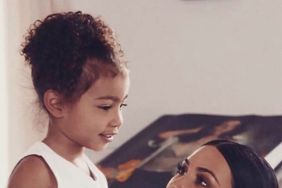 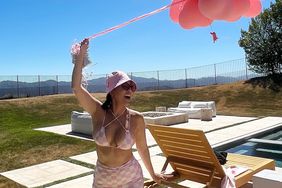 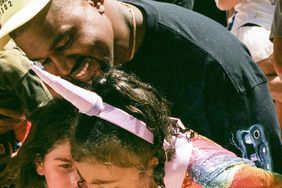 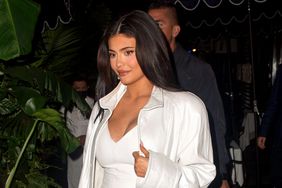 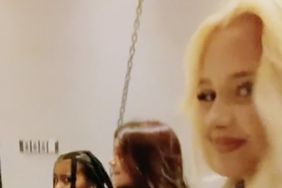