North West may only be 6 years old, but the famous little one has quite the fashion sense!

Over the weekend, North showed off a new nose ring at her grandmother Mary Jo “MJ” Campbell‘s 85th birthday party.

Kim Kardashian West shared photos of North’s look on her Instagram Stories Monday and clarified that the accessory was “fake.”

“Fake nose ring alert!!!” Kim, 38, wrote over a photo of North posing alongside her cousins Penelope, 7, and True, 1, and aunts Kourtney and Khloé Kardashian.

Kim shared two other photos of just her and North, which show the mother-daughter-duo poking out their lips in one shot and throwing up the peace sign in the other.

The KKW Beauty founder also included a sweet shot of her and her newborn son Psalm, whom she welcomed in May via surrogate with husband Kanye West.

Kim and Kanye are also parents to daughter Chicago, 1, and son Saint, 3.

In the posts, shared on Khloé’s Instagram Stories, North leads Chicago over to the spot where True is standing.

Wearing a bold all-orange look, North proceeds to pull out a toy doll from her Louis Vuitton handbag before giving it to her younger sister, who promptly starts to run off.

Another sweet clip shows True, who was wearing a sweet blue dress, gesturing towards her cousin North.

This isn’t the first time North has shown off her love of fashion.

For the annual Kardashian-Jenner Christmas Eve party in December 2018, North wore red lipstick — and it was all her idea.

From Balmain to Balenciaga: 18 of North West’s Most Memorable (Sometimes Custom-Made!) Outfits

Kim revealed her daughter’s glamorous look when she shared a slideshow of family photos from the holiday gathering.

In the series of pictures captioned, “Merry Christmas,” North can be seen striking a model pose while standing in between her mom, baby sister Chicago and dad Kanye, who was holding Saint.

Shortly after, a number of fans raved over North’s look on Twitter writing, “North and that red lip is so iconic!”

“It just might be a new Classic Red Lip I have launch VERY soon,” Kim wrote back, hinting that the lip color will be a KKW Beauty product in the near future.

“WHAT A PLOT TWIST OMG,” a different fan wrote in response, in which Kim responded by saying that North was the brains behind the makeup choice.

“She picked it though! It’s a special occasion!” Kim tweeted.

Of course, family and fans aren’t the only ones to notice North’s style.

The oldest West child appeared on the front and inside the pages of WWD Beauty Inc, with the publication referring to the little girl as being “at the forefront of a generation that is highly connected, engaged with fashion and beauty and individualistic in style.”

Kim Kardashian West and Her Daughter Channel the Kennedys: North ‘Lives Such a Normal Life’

“Called Alpha, signifying a new beginning, this age group is unlike any the world has ever seen,” the magazine continues of the batch of youngsters that will succeed Generation Z. (Another member of this group? John Legend and Chrissy Teigen‘s daughter Luna Simone, 2½.)

North posed for WWD in a variety of colorful outfits and makes use of kid-friendly props like parasols, toys and even bubbles.

Kim praised her daughter’s magazine cover on Instagram writing, “My most stylish and beautiful baby girl North shot her 1st cover @wwd!!!! She loves fashion & beauty and has so much fun doing this!” 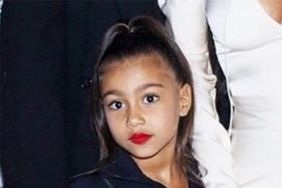 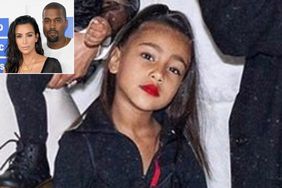 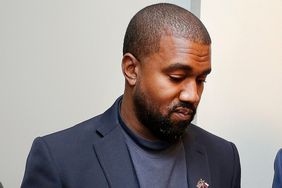