Nicole Kidman understands that the weight of her work can sometimes affect those closest to her, as well as her own psyche.

The Nine Perfect Strangers actress, 54, stars on the cover of Harper's Bazaar's October 2021 issue, explaining how the heavy subject matter of her performances requires explanation to her kids sometimes.

While making Big Little Lies — in which her character is a survivor of domestic violence in a toxic relationship with her husband (played by Alexander Skarsgård) — she would return home from set with real-life bruises, explaining the injuries to her daughters.

"I suppose the artist spirit, a lot of times, is saying, 'I don't care what it's gonna cost me as a human being, because my thrust is deeply artistic,' " Kidman muses about what compels her to dive into complex roles.

"And that's probably just a massive push-pull in any person who's a painter, a writer, you know? If you're really dedicated to it over a lifetime, that push-pull will collide with your existence and your connections with your family and all the people in your life," she explains of it affecting her loved ones too. "How much will that cost them? How much will it cost you personally? And how important is that artistic contribution?" 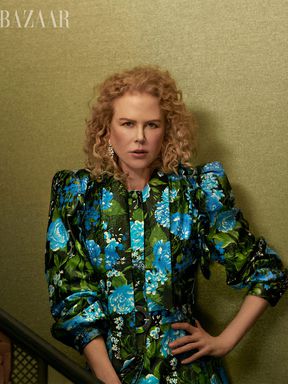 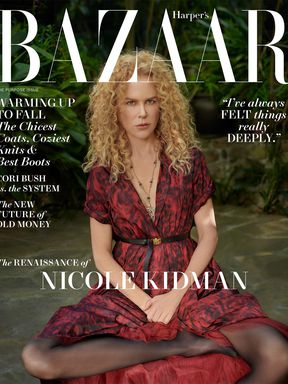 RELATED: Nicole Kidman Says She Regrets Not Having 10 Kids: 'I Wasn't Given That Choice'

The actress also told Harper's Bazaar about her relationship with the country singer: "We're always working through stuff, but it's very much love-based, so there's an enormous amount of give and take. I want him to have the best life he can have, and he responds the same way. We really love parenting together."

Kidman won an Emmy Award for outstanding lead actress in a limited series for playing lawyer Celeste Wright on Big Little Lies. She told Vogue in 2017 about how the performance's dark subject matter infiltrated her personal life.

"I didn't realize how much of it penetrated me. I would go home at night sometimes and be in a lot of pain, and I had to take things like Advil because I was being thrown around physically. I was really bruised," she said at the time. "At one point, Keith was like, 'I'm going to take a photo of your back because it's covered in deep, massive bruises.' He was devastated seeing it, but then he would say, 'But I have an artist wife!' "

"He knows that's how I work; I don't even notice it half the time," Kidman continued. "I loved playing her, because she was a beautifully written character with a director that totally wanted to go there, and to have an actor like Alex to play opposite off of was amazing. That's what we all seek as actors. But at the same time, when I walked away from it, I remember thinking that was the deepest I've gone in terms of finding and losing things." 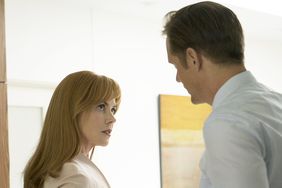