Nicole Kidman is (kind of) revealing some big secrets about the upcoming season of Big Little Lies.

As a producer of the show, the actress, 51, has more authority than other members of the cast to reveal the finer details of the new season, but Ellen DeGeneres still pushed her to the limits on Tuesday’s episode of her talk show.

To start, the Oscar winner shared that Meryl Streep, who plays Kidman’s character’s mother-in-law in the second season of the acclaimed HBO drama, took the part without reading the script.

Then — after mentioning that her role as the titular character’s mother in the DC Comics film Aquaman is the only part she’s had that’s legitimized her career to her daughters — she revealed that they’ve spent some time of the set of Big Little Lies.

“They were in as extras in Big Little Lies, which I’ve never told anyone, and I’m not being a big mouth,” Kidman joked. Kidman shares two daughters with husband Keith Urban — Faith Margaret, 7, and Sunday Rose, 10.

The Destroyer star then noted that Faith and Sunday desperately want to appear on Ellen, but when the host said they’re more than welcome, Kidman exclaimed, “They’re not allowed!”

“Why not?” the comedian retorted.

“Because!” the actress squealed in response.

DeGeneres then convinced Kidman to tell a story about a scary tarantula encounter her family had over the summer at their home in Los Angeles.

“My kids saw it and screamed, and I went out. Keith was giggling so I’m like, ‘Okay, I have to show that we’re strong,’ ” Kidman recounted. “It was so strong, that spider. I couldn’t believe the power. When I first put the glass over it, it tipped it over, and then I put it over again and caught it. But we did release it. We hiked down, the girls and I, and we released it into the brush. Well, we actually kind of threw the jar and ran. I was scared that it was going to be angry and might chase us. We gently threw it, and the kids were like, ‘What about the jar?!’ and I said, ‘Forget the jar! Don’t worry!’ ”

Even though Kidman joked that her daughters are only impressed by her connection to the superhero world, she’s previously said that they’re proud of her.

Ahead of the premiere of Destroyer at the Toronto International Film Festival in September, Kidman said, “We were by the skin of our teeth trying to make this film, and I mean, my kids are always like, ‘What is she doing now? Our crazy mama.’ ”

She continued, “But it’s also interesting for them, I think, because they see me creating characters and, you know, they have vivid imaginations themselves and they construct stories, and so that’s all they know.” 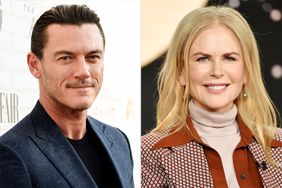 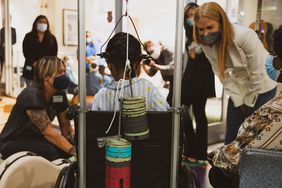 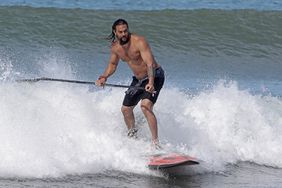