“Husband Keith was by Nicole’s side, and mother and baby are very well,” said spokesman Paul Freundlich, who added that the couple were “delighted” to make the announcement. He also said the baby girl weighed 6 lbs., 7.5 oz.

The pregnancy was first announced in January. Kidman has two other children with her former husband Tom Cruise: Isabella, 15, and Connor, 13.

In the days leading up to the birth, the couple – who celebrated their second wedding anniversary on June 25 – didn’t stray from their normal routine in and around Nashville, where they reside in a gated community.

From early morning stops at a local Starbucks for warm drinks to a little sweat at the gym later in the day (Kidman was a regular at spin and yoga classes during her pregnancy), the couple remained low-key.

“She’s never been happier and healthier,” says a close family friend. “She is absolutely radiant and enjoying nesting and homemaking with Keith at their new home in Nashville.”

But getting ready for their baby was a priority. Urban admitted he was learning a new vocabulary for fatherhood and doing Lamaze lessons. “He doesn’t know the name [of the classes], but he has been very good at it!” Kidman told a local radio station on June 24.

The new parents also bought a couple of books to help them along: Pocket Dad: Everyday Wisdom and Your Pregnancy, Week By Week.

“The unknown excites me a lot,” Urban told reporters in May. “What kind of feelings will fatherhood bring? I’m sure I can’t even imagine, but I am really looking forward to finding out.” 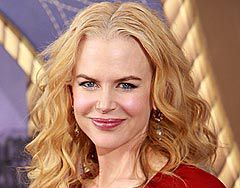 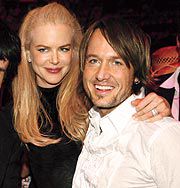 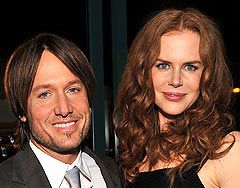 Nicole and Keith's Pals Are 'Overjoyed' for the New Parents 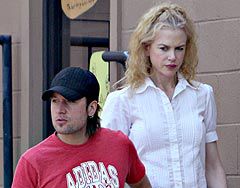 Keith and Nicole Adjust to Life with a Newborn