On Friday, the rapper, 37, shared a sweet voice note to Twitter that featured an adorable cameo from her 2-month-old son, whom she shares with husband Kenneth Petty.

After the newborn can be heard softly cooing in the audio recording, Minaj says, "Say hi to the Barbz, papa bear. Say hi."

"Whatcha doin'? Say something," the mom of one says as her son makes another noise. "Aww, you said hi to the Barbz? Good boy," she adds.

Minaj gave birth to her baby on Sept. 30 in Los Angeles, a source previously confirmed to PEOPLE. She later revealed the sex of her new addition while raving about entering motherhood.

"I am so grateful & in love with my son. Madly in love. My favorite liddo boy in the whole wide world. 🥳🧸🎁🎈," wrote Minaj.

Earlier this month, Minaj revealed on Twitter that she had not yet hired a nanny to help care for her son, calling the childcare choice a "difficult decision" to make.

"Everyone tells me that," Minaj wrote to one fan who questioned why she couldn't hire a nanny like a "normal celebrity" because they miss her in the spotlight. "Lol. I rlly should get one. Difficult decision tho."

In October, Minaj offered the first glimpse of her baby boy on Instagram, sharing a photo of his tiny foot while marking her one-year wedding anniversary with Petty. "Happy Anniversary, my love ♥️," she captioned the close-up snapshot.

Everything New Mom Nicki Minaj Has Said About Motherhood

Minaj revealed the news that she and Petty had tied the knot on October 21, 2019, with a video on Instagram at the time, showing matching "Mr. and Mrs." mugs and black-and-white baseball caps with "Bride" and "Groom" written across the front.

The artist then announced that she was expecting her first child with Petty in July, alongside a series of glam snapshots featuring the singer baring her baby bump on Instagram. 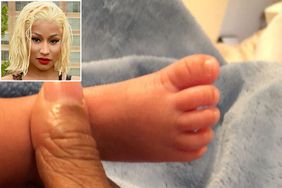 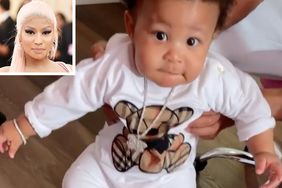 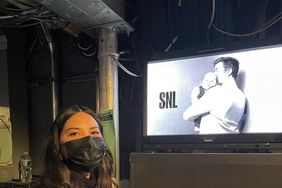 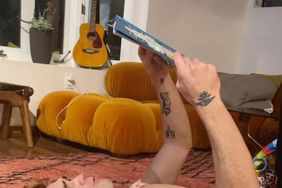