Nick Nolte, 77, and his daughter Sophie, 11, costar in Head Full of Honey, in theaters Friday

Nick Nolte‘s newest role is as a grandfather — to his own daughter.

The actor, 77, stars alongside his 11-year-old younger child Sophie in the new dramedy Head Full of Honey about a widowed man named Amadeus, who is afflicted with Alzheimer’s disease and whose granddaughter Matilda (played by Sophie) takes him on a trip to Venice, Italy.

It was Sophie’s very first acting gig — and as Nolte explained in an interview with the New York Post, it took four hours to convince his wife (and Sophie’s mom), Clytie Lane, to allow her to take on the role.

” ‘You’re gonna have to talk to the mother, and it’s going to be a two-hour conversation,’ ” the actor recalled of his reaction to director Til Schweiger, who requested Sophie’s presence in the film’s young protagonist role upon first meeting her one Halloween after she complimented Head Full of Honey‘s German version that starred Schweiger and his own daughter.

Nolte admitted to the outlet that while Lane was hesitant to allow their daughter to be part of the onscreen project, Sophie’s portrayal wasn’t that far off from their real-life dynamic.

“She calls me Grandpa, anyway,” he revealed. “I asked her why and she said, ‘Because you’re twice the age of most of my friends’ parents!’ ”

Both of Nolte’s children have followed in his thespian footsteps. The actor’s son Brawley has appeared in films like 1996’s Ransom and Mother Night — the latter of which he starred in alongside his dad.

Brawley, 32, also appeared as the young version of his father’s character in the 1997 thriller Affliction, for which Nolte was nominated for an Oscar.

Nolte told The New York Post of Brawley’s experience playing Mel Gibson‘s character’s kidnapped son in Ransom, “That was a tough film. I was [on the set] for the first week, and threw a suggestion out to him about crying. He soon had tears rolling down his face.” 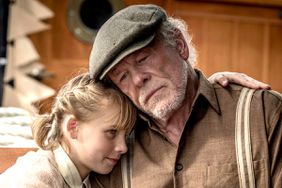 Nick Nolte, 77, on the 'Special Experience' of Acting with Daughter Sophia, 11, in New Movie 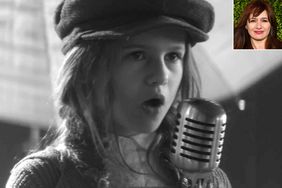 Emily Mortimer's Daughter May Rose Nivola, 8, Makes Her Debut as a Singer in First Music Video 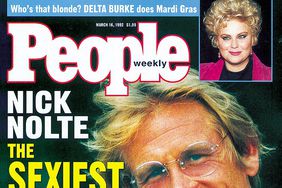