Nev Schulman and his wife, Laura Perlongo, announced the birth of their third child on Instagram

The Catfish host and Dancing with the Stars alum and wife Laura Perlongo welcomed their third baby together, son Cy Monroe, on Saturday, Sept. 25, the couple revealed on Instagram. They are already parents to son Beau Bobby Bruce, 2½, and daughter Cleo James, 4½.

Schulman shared the happy news on Saturday, posting a video of him kissing his newborn in the hospital. He captioned the clip, "happy birthday little man."

Perlongo, 35, also announced the birth of their third child on Instagram, posting a candid photo of herself grinning as her son is placed into her arms.

"Nothin like it," she captioned the snap, to which Schulman reacted with a trio of emojis.

"Cy Monroe! best birthday present EVER 🥰 Thank you @lauraperlongo for making my life so full and magical."

Schulman and Perlongo announced their pregnancy news back in April. In May, the TV personality told PEOPLE that with "every kid you have, it feels like you're leveling up and facing a new boss in the video game of parenting."

"Sure, you've got experience, but every boss is different," Schulman continued at the time. "That experience only gets you so far. Because even just with the two kids, the dynamic changes, the needs change, the interactions change the difficulty level."

He added that they were managing daughter Cleo's expectations of getting a little sister at the time.

"Cleo was definitely hoping for a girl, but we very quickly convinced her that it was best [to be the only girl] because then she gets to be the only princess," the MTV host said. "Beau and the other boy will have each other to play with so they won't have to bother her, which may or may not be true. But that's at least what we're telling her."

Perlongo opened up on Instagram in April about the struggles of her first trimester, calling the period "a 3 month rainy day with no Gene Kelly in sight."

"Being pregnant with two kids, there's very little time or energy to feel anything really," Schulman told PEOPLE. "And lucky as we are to be having another kid, that doesn't mean that you're always excited and always feel great about it. It's overwhelming, and it's daunting. And there's something about it that is scary because it's like, 'Well, now I'm going to have another kid, how and when am I going to find time for myself and to still feel like I have my own identity?' There's a lot of emotions attached."

Schulman and Perlongo wed in July 2017 in his father's backyard in East Hampton, New York. As the groom told PEOPLE exclusively at the time, "I never imagined I could be this happy." 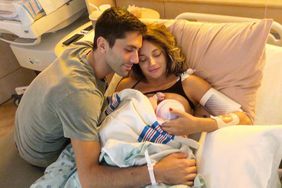 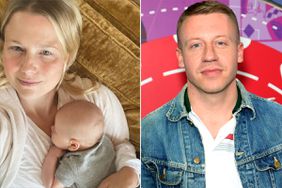 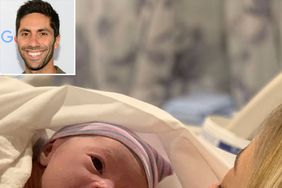