It’s another boy for NE-YO!

The singer-songwriter (whose real name is Shaffer Smith) and his wife Crystal welcomed their second son to the family on Thursday, June 14, Crystal announced on Instagram Friday alongside a photo of his name.

“He’s so BEAUTIFUL 😍,” the proud mom captioned the sweet post.

The pair are also parents to 2-year-old son Shaffer Chimere Jr. Roman is the third son for NE-YO, who has two children from a previous relationship with Monyetta Shaw: son Mason Evan, 6½, and daughter Madilyn Grace, 7½.

Why NE-YO Is a “Little Nervous” for Baby No. 4: “The Complications Could Still Exist”

The World of Dance judge wed Crystal in February 2016. They welcomed Shaffer three weeks later, and revealed this past October that they had another little one on the way.

“We didn’t plan for you but you are Gods plan and I thank you for choosing us to be your parents!🙈 ,” Crystal captioned a sweet Instagram snap featuring the couple embracing and sharing a smooch, with NE-YO, 35, cradling his wife’s baby bump.

“Impatiently awaiting our newest addition 👶🏽👶🏽👶🏽 WE’RE PREGNANT!!!🙌🏽 @neyo (I think he did it on purpose 😫)joking! LOL #ThePlatinumLife #ThePlatinumFamily✨,” she added.

Shaffer found out that he would be getting a baby brother in January after the family had a royal-themed gender reveal party in Los Angeles.

The event was hosted by publicist and godmother to the new baby, Anita Chatterjee, along with Project Fly LA and NE-YO and his family’s organization, The Smith Family Foundation. Friends and family shot powder guns off the rooftop that revealed the sex of the baby.

Rather than asking for gifts for their son, the couple asked party-goers to bring gifts for those who are part of the Jenesse Center, Inc., a non-profit organization that focuses on intervention and prevention of domestic violence. NE-YO and Crystal also invited the first 100 people to the party who direct messaged Crystal on Instagram. They were asked to make a contribution to the Jenesse Center as well.

Although the singer was very excited for his fourth child, he couldn’t help but fear that complications he and Crystal had during their first pregnancy, which resulted in an emergency cesarean section, might still be present.

“The complications that were [present] could still exist, so there’s a little bit of nervousness in there but above that, it’s more nervous excitement,” he confessed to PEOPLE in April, adding of his son on the way, “I just want to meet him.” 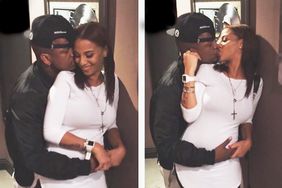 Baby on the Way for NE-YO and Wife Crystal 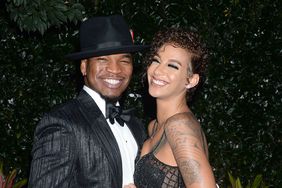 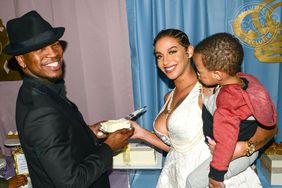 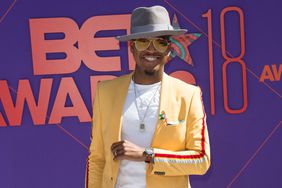 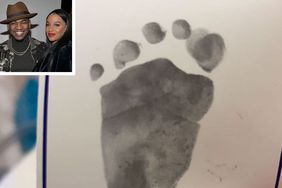 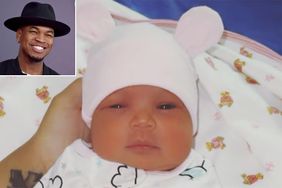