“We are thrilled, and she’s feeling great,” Solomon, 53, says of Kerrigan, 38, a 1994 silver medalist who suffered six miscarriages over eight years while trying to conceive her second child Brian, 2. The couple also have a older son Matthew, 11. “We’ve actually known for quite a while but didn’t want to say anything because of the number of miscarriages she had in the past, so she’s farther along than we might otherwise have done it. But everybody’s very excited.”

Everyone except, perhaps, young Brian. “Brian changes from day to day,” laughs Solomon, President and CEO of StarGames, a sports marketing and entertainment company. “Sometimes he thinks it’ll be fun, sometimes he doesn’t like babies, sometimes he thinks he’s a baby, so it’s really all over. … But he hasn’t figured out yet whether he’s in favor of this or not.”

Meanwhile, his parents have their own topics to ponder: “We haven’t decided whether we want to know the sex or not,” says Solomon. “We’ve been debating!”

The news was first announced Sunday evening on Nancy Kerrigan’s World of Skating on CN8, The Comcast Network. 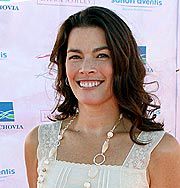 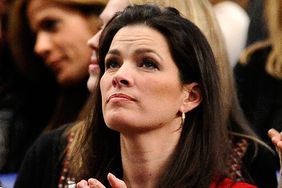 Nancy Kerrigan Opens Up About 'Devastating' Series of 6 Miscarriages: 'I Felt Like a Failure'