Morgan Miller and Nicole Hughes both lost a child to drowning on the same day — now, they've united to discuss their tragic losses

That’s because Hughes too lost a child that same day, her 3-year-old son Levi, who drowned at a pool while her family vacationed together.

Both women united on Today to discuss their tragic losses, in an emotional interview with Savannah Guthrie that aired on Tuesday.

“I’m so grateful that we’ve met and unfortunately, it’s on the worst of circumstances,” Morgan said. “Speaking to a mother who lost a child, you don’t need to explain it… We are sisters on a level that I pray no other women needs to find.”

News of Emeline’s death made national headlines in June, with she and her husband going public about their tragic loss.

“Guilt is the most difficult thing,” Morgan told Today on Monday about the loss. “I hope and pray and beg that it gets easier.”

The grieving mother, who is pregnant with her third child, was having a playdate at a neighbor’s house in Coto de Caza, California, on June 9 with Emeline, their son Nash, 3, and Bode’s son Samuel, 5, while he went to his 10-year-old daughter Neesyn’s softball game.

Though they were inside at the time, Emeline slipped through a back door and fell in the water. She was in the pool for approximately 30 seconds before Morgan discovered her. Emergency responders from the Orange County Fire Department arrived but Emeline was ultimately unable to be resuscitated. She died the next day, June 10.

Meanwhile, on the other side of the country, Tennessee mom Hughes was on vacation with her family in Fort Morgan, Alabama, with five other families — all 12 adults and 17 kids staying under the same roof.

Dinner finished, Hughes was cleaning up while all the kids were watching TV. She remembers splitting a brownie, handing half of it to Levi and biting into the other half herself. She said she hadn’t even finished the brownie before she discovered Levi in the pool, Today reported.

“I have relived this, I have retraced my steps. What was I even doing? I don’t know,” she told Today. “I put the brownie in my mouth, I didn’t sit down, I didn’t even have a conversation with anybody…. No one was drinking, I wasn’t on my phone. I was just wiping up SpaghettiOs.”

In a previous interview with PEOPLE, Hughes said, “I didn’t even know he was missing. That’s how short it was. It wasn’t even long enough for me to actually know that he was missing.”

Grieving Mom Aims to Save Other Children After 3-Year-Old Son Drowns: ‘It Was Unimaginable’

There were several doctors in Hughes’ vacation home, including Levi’s dad. But their efforts to save the boy’s life weren’t enough.

Though both mothers have suffered unimaginable pain, they’re choosing to channel their hurt toward increasing drowning safety education.

Morgan explained to Today that while drowning is always a concern, “the intensity behind the conversation” isn’t strong enough.

“It is 100 percent preventable,” she said. “You need to think of water completely differently. We’re sitting here and I’m looking outside at my pool and that is a lion. That is a kidnapper. That is something that can take my child in 30 seconds. And the moment those 30 seconds are up, the likelihood of you getting your child back is pretty close to zero.”

She and Hughes hope to launch a campaign with the American Academy of Pediatrics that would help parents learn where and when drowning occurs, while urging doctors to make water safety conversations to be part of every pediatric checkup. 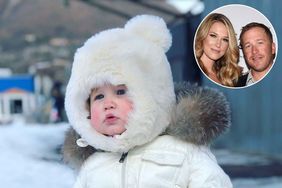 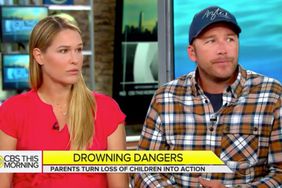 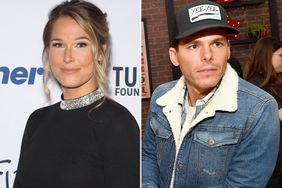 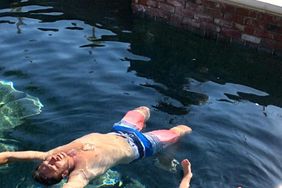 Grieving Mom Aims to Save Other Children After 3-Year-Old Son Drowns: 'It Was Unimaginable' 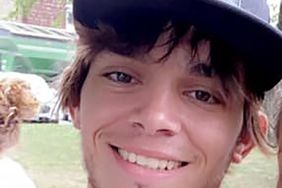