"We are parents that lost a child to something that should've never killed her," Morgan Miller tells PEOPLE

For Morgan and Bode Miller, their late daughter will always be a much-loved member of their family.

Their California home is filled with portraits of Emeline, who drowned at 19 months old in June 2018. Soon, there will be more baby photos to proudly display as the couple exclusively tells PEOPLE they are expecting a baby in November. But Emmy's life will never be forgotten because Morgan and Bode continue to keep her memory alive through conversations with their kids as well as advocating for water safety awareness in her honor.

"She still feels very much like a part of the family," says Bode, who raises sons Nash, 6, Easton, 2, 18-month-old twins Asher and Aksel, with Morgan, and is also dad to daughter Dace, 13, and son Nate, 8, from two previous relationships.

For the PEOPLE shoot, the Millers released dozens of butterflies in memory of Emmy. The family previously released 582 butterflies, "one for each day she was alive," during her celebration of life following her death.

Three years later, the devastating memories of June 9, 2018, are never gone, but time has helped heal the pain of Emmy's death. "It's not something you can ever get away from," says Morgan, who on that day had dropped by their neighbor's house with Emmy in California's Orange County and was having tea when she suddenly noticed her little girl was nowhere in sight. Emmy had wandered out through an open door to the backyard and in the shallow end of the pool. Paramedics arrived and rushed Emmy to the hospital, where she died the next day.

"She was incredibly stubborn and was an awesome, awesome kid to be around. But definitely taught me a lot about patience because she was the most stubborn. We had a really great, unique [father-daughter] relationship, a really special one," Bode shares of Emmy.

"She comes up in regular conversation and she still has a bunch of her stuff around and her pictures. So I think in that sense, we try to proactively make the kids aware because the younger ones never met her, you know? Nash was pretty small, though he definitely remembers her," the dad of seven says. "It really still seems like yesterday. Then there are parts that start to really feel like a long time ago."

Morgan shares, "Not talking about her and not sharing her stories is denying our kids and us a relationship with her. We still have one. She's still very much a part of our family. She's still very much around us. She sends signs all the time and we would be doing a great disservice to our family to not actually still have her being a part, an active part, of the family because she very much is. The lessons that we learned and the memories that we share in the love that never goes away. She still gets Easter baskets, her pictures are everywhere and her room is still here. Her closet is still full. Occasionally, she still gets a few new pieces in there. She was, and still is, miraculous and spectacular."

RELATED: Bode and Morgan Miller Expecting a Baby: 'We Knew We Had More Space in Our Hearts to Give More Love'

Along with November being the projected birth month for their baby on the way, Nov. 5 will also mark what would've been Emmy's fifth birthday. "I would say her birthday is our hardest anniversary because that day is supposed to be all about her. That's a day that we still celebrate and we still sing her happy birthday," Morgan says.

"It changes each year too. I mean, we're only three years out, which might seem like long to some people, but for parents, it's really a process that, in some cases, takes the rest of your life," Bode shares. "The first year, it was incredibly hard. But I think that whole year was hard. And then this last year was still really hard, but I felt a little bit more like we were celebrating her. It wasn't quite as raw and painful in some senses. Ultimately for me, at the end of the day, you want to be celebrating what somebody had, what they were and how you enjoyed it, versus just being sad."

Morgan adds, "That's a really interesting lesson that you've learned, especially after losing a child is that you have this overwhelming sadness and grief. At first, you start feeling these moments of joy that come back in and it feels so confusing and so wrong that you can have both of these emotions at the same time. You find as a parent this way to still allow yourself to feel the joy and excitement. At the same time, you still have the sadness and grief, and it can co-exist in a way that didn't make sense before losing your child, where it didn't seem possible. There's beauty in everything and there's sadness in everything, but it doesn't take the joy away from all those moments anymore."

Grieving a loved one can sometimes feel lonely and isolating. But for the Millers, they choose to lean on each other. "It's mostly just been about trying to create really good dialogue and honesty, not having any judgment because it goes in waves sometimes," Bode explains. "Like, one parent will be very much in a moment of grieving. It just comes out of nowhere. Sometimes it's not in June or any other specific month, it just happens. We've been fortunate that we've been able to support and offset that. And if it happens at the same time, you just bear through it."

All year-round, the Millers continue to advocate for water safety awareness in memory of Emmy. "Everyone was home and kids were home from school. Kids were home from daycare and drowning rates went up drastically," Morgan says of the months during the pandemic lockdown. "Drowning is still the number one cause of death for children under age 5. It's one of those things where when, after we lost Emmy, it became everyone rallied and it became this conversation. This is something that's completely preventable."

By speaking up and educating families, Morgan and Bode are hoping to see big steps created in the form of legislation and safety mandates to prevent any more drowning-related deaths. "It's about arming your children with the tools to be able to navigate that situation because [the water] is the deadliest place that they can be," she says.

"As parents who lost a kid to [drowning], the intensity [to advocate for water safety] is there all the time. It's something that's on our mind all the time," Bode says.

Morgan adds, "Emmy is included in all of our conversations and we don't ever force information on people. We're always willing and excited to talk about how to prevent [drownings] and ways to, basically, change the world. You have hundreds of preventable deaths every year of innocent kids — that doesn't need to happen. It's also really sad because we are parents that lost a child to something that should've never killed her."

For more from Morgan and Bode Miller, pick up the latest issue of PEOPLE, on newsstands Friday. 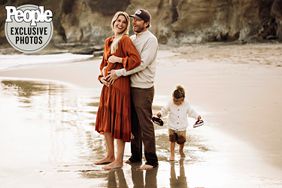 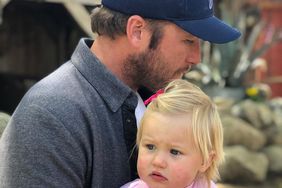 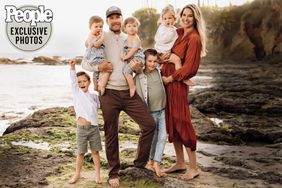 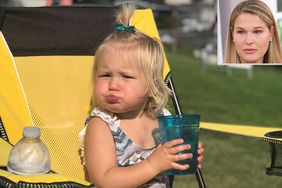 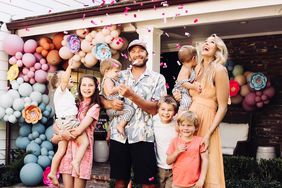 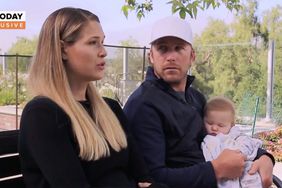 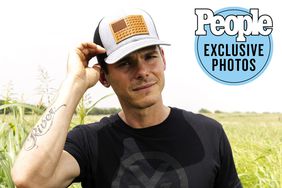