Molly Ringwald, who plays the anxious mother of a pregnant teen on The Secret Life of the American Teenager, is expecting twins of her own, the actress tells PEOPLE exclusively.

It will be the second daughter and first son for Ringwald, 40, and husband Panio Gianopoulos, 33. They have a 5-year-old daughter Mathilda Ereni. The babies are due in August.

Secret Life‘s second season airs on Monday nights on ABC Family. A spokeswoman for the show says Ringwald’s pregnancy will be written into the storyline.

Her pregnancy came as exciting news on the set, says Shailene Woodley, who plays Ringwald’s daughter on the show.

“Molly’s first child is so gorgeous!” Woodley says. “She’s got the dark hair like her Greek dad but she’s got Molly’s beautiful features. Whenever she brings Mathilda to the set, everybody’s happy.”

Ringwald starred in such teen classics as Pretty in Pink, The Breakfast Club, and Sixteen Candles.

On Secret Life, she plays the sympathetic but overwhelmed Anne Juergens – a woman reeling from her husband’s affair, her mother’s Alzheimer’s and, most poignantly, her 15-year-old daughter’s pregnancy. 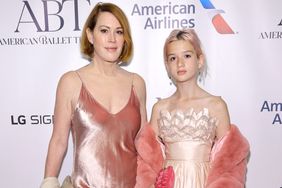 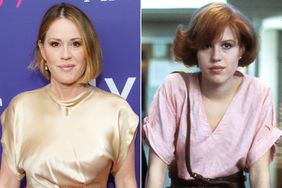 Brat Pack: Where Are They Now? 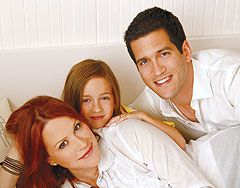 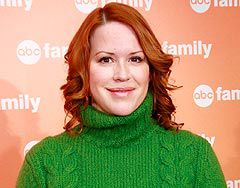