"I feel like everyone who has [a birth plan], they go to s— anyways," Mina Starsiak Hawk also tells PEOPLE about being "flexible" for son Jack's delivery

Mina Starsiak Hawk‘s biggest priority on delivery day? Making sure she and her son were healthy — and as comfortable as possible.

In an exclusive interview for the Oct. 29 issue of PEOPLE, the Good Bones star and husband Stephen Hawk opened up about their new life as a family of three with son Jack Richard, whom they welcomed Aug. 9 via cesarean section after she decided to be “flexible” in the sense of not having a birth plan.

“We were inducing a week early in the 39th week, and that just didn’t go as they planned. My body just said, ‘No, we’re not going to dilate anymore,’ ” recalls Starsiak Hawk, 33. “We were in the hospital for about 30 hours and they decided in the wee hours of the morning we’re going C-section.”

The new mom admits she really wanted an Aug. 8 birth date, for the “8-8-18” novelty. She explains, “I actually asked [the nurse], it was like a half hour before midnight, and I was like, ‘Can we make some calls here? [We’d love to] get that birth date if we could.’ ”

Unfortunately, her request was denied. “She was like, ‘No, no, no. That’s not how it works. We’re going to wait a little longer,’ ” Hawk tells PEOPLE.

Luckily, Starsiak Hawk didn’t have her heart set on a specific way she wanted to give birth. “I feel like everyone who has [a birth plan], they go to s— anyways. So my birth plan was I’m going to get an epidural, and I’m going to be flexible,” she explains.

After more than four days at the hospital, the Indianapolis-based couple finally brought baby Jack home — and the new mom was back into a workout routine less than six weeks later.

“I needed to do something where I felt like not a blob,” says Starsiak Hawk. “But I’ve just been gentle with myself. I didn’t do anything over 20 lbs. the first time, and it’s been nice to get back in the groove of a routine.”

“Even before Jack, we all get into our slumps where it’s winter and then you don’t work out for a week and it turns into two weeks,” she adds. “If I don’t for too long it affects how I sleep, and it affects my mood. I think it’s been super helpful. I haven’t had any postpartum stuff, so I’ve been lucky, but I think the working out helps with that too.”

Starsiak Hawk also opened up about returning to work six weeks after giving birth and the mommy shaming she has encountered on social media surrounding breastfeeding and letting her pit bull Frank hang out with Jack.

“People love to share their opinions before you have kids, but I feel like afterward everyone has negative, or positive, or some kind of opinion about everything: breastfeeding, or how you’re carrying them, or if they’re around your pet,” she says.

“In a lighthearted way, I said, ‘I know you really want to, but if you can just try to refrain from saying that my evil pit bull will eat my [son] that would be lovely.’ ”

For more from Mina Starsiak Hawk, pick up the latest issue of PEOPLE, on newsstands now. 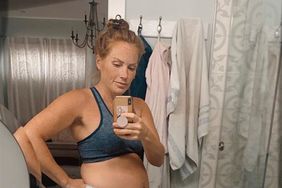 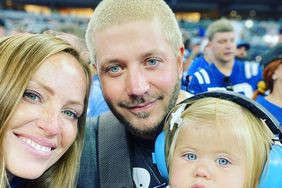 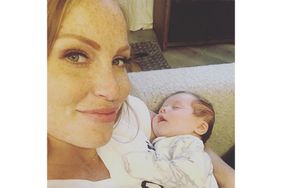 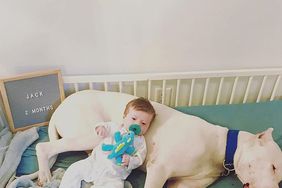 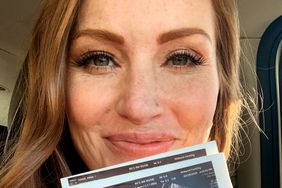 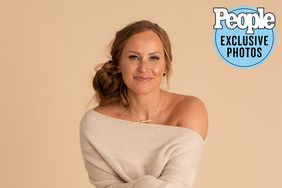