"What's uncalled for is you telling a woman she needs to have children," she replies

Michelle Williams is firing back at a social media commenter who said she was "bored" and needed to have kids to occupy her time.

The former Destiny's Child member, 41, posted a video to Instagram on Friday in which she told her followers she's signing "thousands" of inserts to be bound in special editions of her forthcoming book Checking In, out May 25. Wearing a matching Ivy Park outfit, the two-minute clip features Williams excitement about the book release — but one commenter accused her of being too "bored."

"Michelle I love you but you need some children...u r 2 bored...," wrote the commenter under the video.

Williams first replies, "You're an idiot!!!!" with a series of laughing emojis, as the Instagram user responds, "woooooooow that was uncalled for thank you." The singer then proceeds to explain why the comment was out of line.

"No, what's uncalled for is you telling a woman that she needs to have children. What if that woman CAN'T have children?? What if that woman DOESN'T WANT children??" she says. "WATCH YOUR MOUTH and FINGERS..... Don't you ever let that come out of your mouth or your fingers on a comment section again to ANYBODY. I would have ignored but too many people need to stay out of a woman's uterus!!! Now scram and be blessed!!!"

The commenter then writes back, "my apologies Ms Williams. I will never forget that..."

Jennifer Garner Responds to Commenter Who Asked If She's Pregnant: 'We Can Lay That Pupper to Rest'

Prior to ending her engagement with Chad Johnson in December 2018, Williams told PEOPLE that October that she was considering expanding her family.

"The girls and I had this thing where we wanted to be pregnant at the same time and have our tour buses with bassinets in it," Williams said at the time about her "sisters" Beyoncé, who has three children, and Kelly Rowland, who is currently expecting her second child. 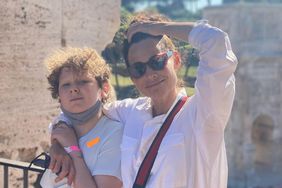 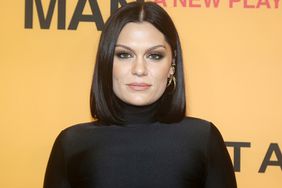