The Two and a Half Men alum confirmed on Twitter Thursday evening that she and fiancé Jason Ritter welcomed their first child together, a baby girl, in December

Melanie Lynskey is a proud mama.

The Two and a Half Men alum confirmed on Twitter Thursday evening that she and fiancé Jason Ritter welcomed their first child together, a baby girl, in December. A source previously confirmed the news to PEOPLE.

“We feel lucky to have been able to have our news just be for friends and family for a while, but I guess the story got out, so! Yes! @JasonRitter and I had a daughter in December,” Lynskey, 41, wrote in her first post. “We love her so much; she’s perfect. Thanks to everyone for your sweet messages.”

In a follow-up tweet, the actress joked about wanting to “correct a couple” of the mistakes she read online — namely, that her fiancé “was NOT in Boy Meets World” and that she “did NOT welcome the baby ‘quietly.’ ” On the contrary, the new mom “was blasting A$AP Rocky and yelling a lot” during her delivery.

“The good thing about our news being put out there is that now I do get to publicly thank the wonderful doctors and the amazing heroic caring brilliant nurses of @NSH_Maternity in Atlanta,” Lynskey wrote in a final message. “From labor & delivery to post partum, every one was an angel and I’m eternally grateful ❤️”

RELATED GALLERY: Welcome to the World! All of the Celebrity Babies Who’ve Made Their Debut in 2019

A source confirmed to PEOPLE on Monday that Ritter — a 38-year-old actor who is the son of the late John Ritter — and Lynskey had become parents for the first time.

While speaking with Hollywood Today Live in February 2017, the Castle Rock actress revealed to the show’s co-hosts that she and Ritter were engaged.

The proposal came as a surprise to Lynskey, who admitted that she had no idea that it was coming. According to the star, the couple had been dating for four years and met when they were doing a movie together.

And their engagement story is sweet and simple: Ritter proposed “on the sofa,” Lynskey said with a laugh. “It was cute.”

Ritter, who will next appear in Netflix’s upcoming sci-fi series Raising Dion, was congratulated in December by industry pal Neema Barnette, who shared a snapshot of herself with the new dad.

“Congrats to Raising Dion Co Star Jason Ritter & his wife on the birth of their beautiful Sag baby girl🎈🎈🎈Babies are a blessing & so is Jason!” the 69-year-old director captioned her celebratory selfie.

“What a hands down brilliant talent & exceptional human being he is!” she continued. “I’m blessed to have shared creative energy with you. Thank you for giving me a seamless performance.” 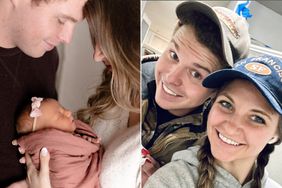 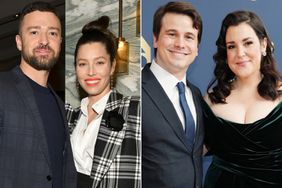 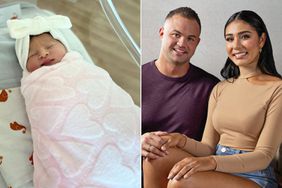 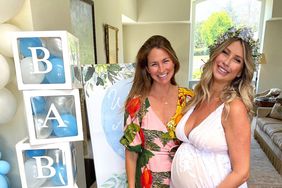