Meghan Trainor is opening up about everyday life with her little one.

The "All About That Bass" singer, 27, and her husband, Spy Kids star Daryl Sabara, 29, welcomed their first child, son Riley, in February. During her "Mom Confessions" interview for The Ellen DeGeneres Show, Trainor detailed her biggest parenting fail, joking that she nearly boiled her son.

"We would take him on these walks out here in California and I would come home and he would have these little red bumps all over him," she explained, noting that she sent a picture to her pediatrician after noticing it three days in a row.

Nonetheless, the Grammy winner said she and Sabara are adjusting and learning. In the clip, she offered her own hilarious parenting tips, stressing the importance of sleep before your baby arrives and learning "how to catch poop while changing a diaper."

Most importantly, she ensured that a child does not equate to your life being over.

"I was given a lot of advice before the making of my child, Riley, and a lot of people told me 'Your life ends and it's all about them now.' But that's not true," she said. "A warning: your life is about to get way better."

The singer also explained that she can't handle how cute her baby boy is, gushing over his smile and how he looks while sleeping.

While giving birth to Riley, Trainor underwent a caesarean section because he was breech, but she recently told PEOPLE that she hopes to further expand her family, despite that difficult birth.

"I'm ready for three more kids!" she said in September.

"I'm happiest nowadays when I'm putting my baby to sleep with my husband because we do it together every night. We look at each other like, 'We made the best baby.' We got so blessed," Trainor added. 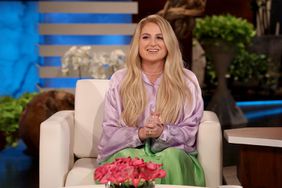 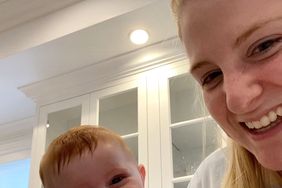