"Mentally, I can't have sex while our son is in between us," said the singer, who's expecting her first child

Pregnancy sex is a no-go for Meghan Trainor.

The "Nice to Meet Ya" singer, 26, is currently expecting her first child, a boy, with husband Daryl Sabara, and she told Today Parents that their sex life is currently on pause until their new addition arrives. Trainor explained that it's a mental hurdle she can't get past in the bedroom.

"Maybe this is weird, but mentally I can't have sex while our son is in between us. All my pregnancy apps say it feels really good. But all I can think about is that there's a little boy in my belly," she said.

Trainor and the Spy Kids actor, 28, tied the knot in December 2018, and they announced they are expecting during an appearance on the Today show last month. "I'm very good as you can tell — it's all Christmas here," the mom-to-be teased at the time, adding, "But there's other news that I'm dying to tell you and my heart's pounding out of my chest."

"We're so excited we couldn't sleep," added Trainor. "We've been waiting for so long. I was thinking about who do we tell first and I've told Hoda since I was 19, going to the Today show, 'I will have the most babies in the world.' "

The singer revealed later in October to Kelly Clarkson on her eponymous talk show that her baby on the way will be a son — though she initially thought she was expecting a girl.

"I did all those [old wives' tales] online — how fast is the heartbeat? Where do your hips go? — and I was wrong," she said.

"I'm just over halfway and I don't know when to buy stuff!" Trainor added. "People want to buy me stuff, but I don't want to have two cribs ... what do I do?! Help me!"

RELATED GALLERY: Who's Due Next? Meredith Hagner, Nicolette Robinson and More Celebs Who Are Expecting

The pair began dating two years before they were married, when they were set up by mutual friend Chloë Grace Moretz. And they knew they were in it for the long haul from the start.

"I definitely was positive month one when he was on tour with me, and we were like basically living together on the road," Trainor told PEOPLE in 2018. At the time, Sabara added, "It's super cheesy, but when you know, you know. As soon as she walked in the room and I saw her, I just knew: This is the one."

In her recent interview with Today Parents, Trainor spoke highly of her marriage, saying: "Our relationship really messes with my girlfriends' minds. They're all like, 'How the hell am I going to find a Daryl?' He's so good. He's unbelievable." 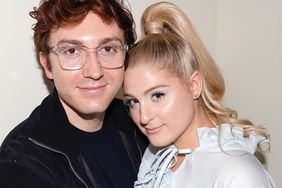 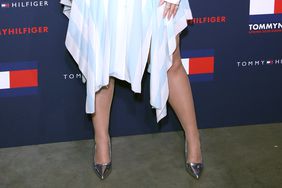 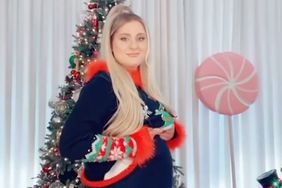 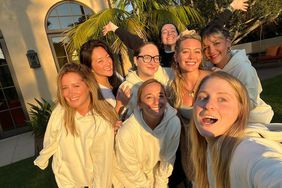