Meghan McCain, whose daughter Liberty is now 6 months old, says on The View that her breasts "used to be so beautiful" prior to breastfeeding as a new mom

Meghan McCain wasn't aware of at least one body change that comes with motherhood.

During a segment on Wednesday's episode of The View, the co-hosts shared what they as moms wish they would have known before welcoming their first child. McCain, 36, welcomed daughter Liberty six months ago, and she admits that she felt lied to about how breastfeeding affected her body.

Whoopi Goldberg told McCain, "If you think of them as Snoopy noses it'll be more fun. If you think of looking down and seeing Snoopy and his nose it'll just give you more laughs."

McCain also opens up about experiencing "really bad" mastitis, sharing that she was pumping around 1 a.m. "trying to get it to stop." She says she vented to co-host Sunny Hostin, saying, "I was like, 'I can't do this. This is so hard; I'm in so much pain.' "

"Lean on your girlfriends," she offers as advice to new moms. "Sunny has helped me through a lot of really disgusting things that I don't feel comfortable sharing on the show, and I've just been eternally grateful."

Meghan McCain Gets Real About the Euphoria (and Mess) of New Mom Life: 'I Can't Believe How Obsessed I Am'

Meghan, who shares her baby girl with husband Ben Domenech, told PEOPLE in February that Liberty is "obsessed with" Grandma Cindy McCain. "I was like, maybe [it's] because my mom had four kids, but she was hypnotized by my mom," she said at the time.

She hasn't been afraid to ask her mother countless questions as she navigates motherhood, either. "My mom knows every single answer to every baby question, it's crazy. I know she had four, but there are things where — Liberty had really bad acid reflux and my mom was really helpful with it," Meghan said.

The new mom added that Cindy gets a kick out of seeing her daughter with a daughter of her own.

"My mom was laughing so hard. I was like, 'She's so feisty,' and she's going, 'Oh, where's that come from?' My mom's finding all of it so wildly entertaining," said Meghan. "She's like, 'Oh really, is she not listening to you, and she's feisty?' " 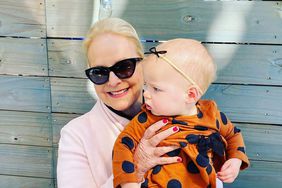 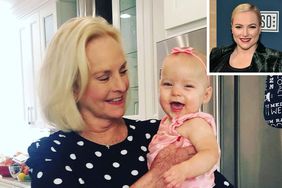 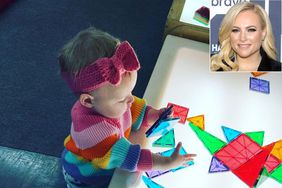 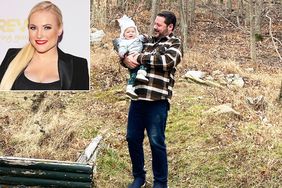 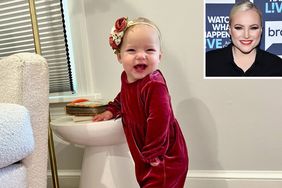 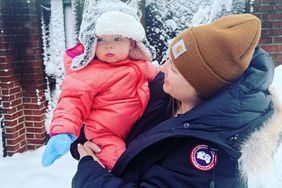