"It was awful," Meghan McCain says on PEOPLE's podcast Me Becoming Mom while speaking about her photo shoot for The New York Times Magazine following her miscarriage

Years after posing with her former View co-hosts for the cover of The New York Times Magazine, Meghan McCain says she still has a "hard time" looking at the photo.

In this week's episode of PEOPLE's podcast Me Becoming Mom, the 37-year-old opens up about her distressing photo shoot experience following her miscarriage in 2019, sharing that she still doesn't like to look at the NYT Magazine cover to this day.

"It was awful," she tells host Zoë Ruderman, Head of Digital at PEOPLE of the shoot. "Two of my friends were there and obviously The View hosts were there and some of the crew. And my really good friend and co-host Abby [Huntsman] was super pregnant with her twins on the cover and beautiful and amazing. She looks stunning, she is. I felt like she's this beautiful encapsulation of pregnancy and motherhood and I was like the opposite."

"I hate that photo. I actually have a hard time looking at it," she admits. "And it's become a photo that people have seen of that period of time in The View."

McCain, who is now mom to 15-month-old daughter Liberty Sage with husband Ben Domenech, goes on to explain part of her reasoning for leaving the talk show last year.

"I feel like people are very curious about me leaving the show and all these things. Part of it is I had to do so much that is very personal and private so publicly and not just miscarriage, but grief and postpartum stuff after pregnancy, and then a miscarriage," she says.

"I feel like I'm at a point where it's too hard for me at my age — I've been in media since I was 20 if you count internships — I can't keep having myself in these situations where if I'm having a miscarriage, God forbid, that I have to do it in front of the New York Times photographers if that makes sense."

McCain first publicly revealed in a New York Times op-ed in July 2019 that she had been pregnant with a daughter but subsequently suffered a miscarriage. She called the loss a "horrendous experience" at the time, adding that she "would not wish it upon anyone."

More than a year later, in September 2020, McCain and Domenech welcomed their first baby together. 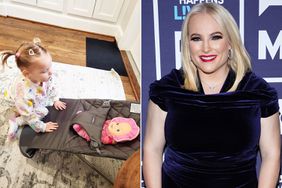 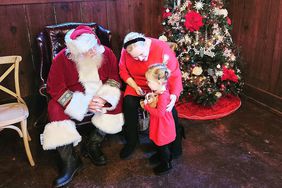 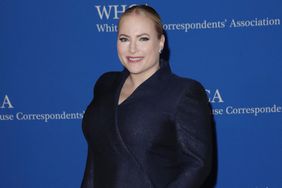 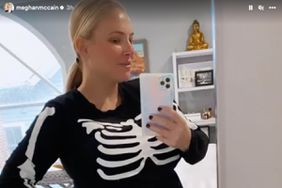 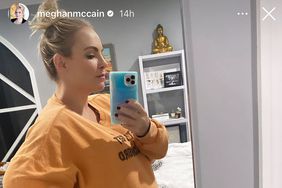 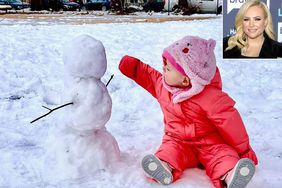