Megan Fox has previously opened up about her eldest child being picked on at school for wearing dresses, encouraging him to "be confident no matter what anyone else says"

Megan Fox wants to shield her kids from bullies at all costs.

Speaking with InStyle, the Till Death actress, 35, opens up about parenting her three kids, whom she shares with ex Brian Austin Green: Noah Shannon, 8½, Bodhi Ransom, 7, and Journey River, 4½. At one point in the interview, Fox says her eldest child has been picked on online by "mean, awful people and cruel people."

"I don't want him to ever have to read that s--- because he hears it from little kids at his own school who are like, 'Boys don't wear dresses,' " the mom says.

During an appearance on The Talk in 2019, Fox said that Noah is "really into fashion" and often wears whatever he wants to school, including dresses, despite receiving negative feedback from his classmates.

Megan Fox Celebrates Pride with Rainbow Manicure: 'Putting the B in LGBTQIA for Over Two Decades'

"Sometimes, he'll dress himself and he likes to wear dresses sometimes," Fox said at the time. "And I send him to a really liberal, hippy school, but even there — here in California — he still has little boys going, 'Boys don't wear dresses,' or 'Boys don't wear pink.' "

"So we're going through that now, where I'm trying to teach him to be confident no matter what anyone else says," she added.

"He just wore one two days ago to school, and he came home and I was like, 'How was it? Did any of the friends at school have anything to say?' " recalled Fox. "And he was like, 'Well, all the boys laughed when I came in, but I don't care, I love dresses too much.' "

During that TV appearance, the mom of three also said Noah will sometimes provide input during her own fittings. "He designs, he draws outfits. He's very talented," she shared at the time. "But he's still 6, so when I do fittings, like, I did one recently and I had this really beautiful yellow dress on, and he kept draping it in a way where he's like, 'If we do it like this, it looks like a diaper!' "

Fox sweetly added with a laugh: "I was like, 'That's not what we're going for this time, but maybe next time!'"

Green, 47, has also previously opened up about supporting his son's fashion choices. In August 2017, the Beverly Hills, 90210 talked with Hollywood Pipeline's Straight from the Source about the way the couple's oldest son chooses to express himself.

"My son, he's 4," he explained at the time. "I've heard from some people that they don't agree with him wearing dresses. To them I say, I don't care. He's 4 and if he wants to wear it, then he wears it."

"And it's dresses or goggles or slippers or whatever. It's his life, they're not my clothes … I feel like at 4, at 5, that's a time when he should be having fun," the dad added. "He's not harming anyone wearing a dress. So if he wants to wear a dress, good on him." 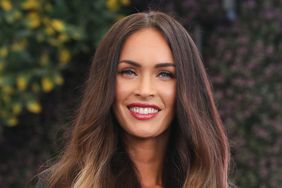 Megan Fox Opens Up About Son Noah's Decision to Wear Dresses: 'Be Confident No Matter What' 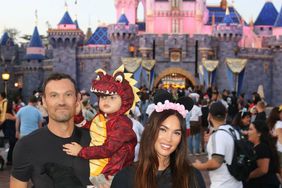 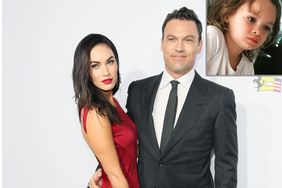 Brian Austin Green Defends Son Noah Wearing Dresses: 'He's 4, if He Wants to Wear It Then He Wears It' 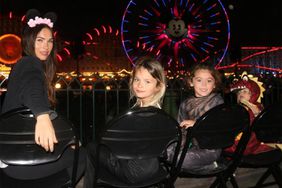 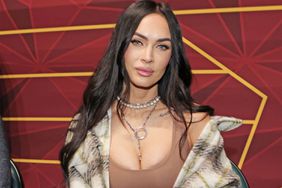