Matt Damon and His Wife Welcome a Girl

It’s another girl for Matt Damon and his wife, Luciana, his rep tells PEOPLE.

The newest addition is the third little girl in the Damon household, joining big sisters Isabella, 2, and Alexia, 10.

Damon recently joked about living with so many females, telling USA Today from his home in Miami, “I’m so outnumbered down here, it’s crazy.”

Damon, 37, and Luciana, 32, met in Miami Beach in 2003 while he was filming the comedy Stuck on You. They married in December 2005 at City Hall in Manhattan.

Damon is a “phenomenal” father, his close pal George Clooney told PEOPLE in 2007. “He absolutely adores those kids. He’s doing it really well.”

Damon, PEOPLE’s reigning Sexiest Man Alive, is currently preparing for re-shoots on his thriller Green Zone. But after that, the actor will enjoy some down time with his growing brood.

“[I’m] taking the rest of the year off,” he told USA Today. “I’m just hanging out with my family.” 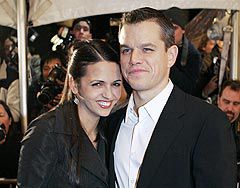 Matt Damon: We're Having a Girl 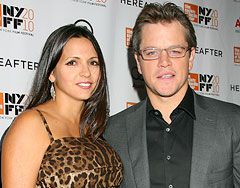 Matt Damon and His Wife Welcome a Baby Girl 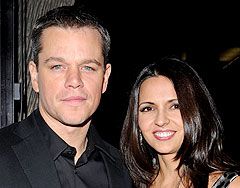 Matt Damon, Wife Have a Girl 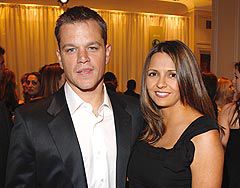