Mariah Carey's Son Moroccan, 9, Reflects on 2020 in Candid Speech: 'Nothing Will Bring Us Down'

Mariah Carey's son is sharing some words of wisdom as he heads into the new year.

On Friday, the 50-year-old singer shared a video on social media of her son, Moroccan, 9, imparting some of his thoughts on 2020 as he looked ahead to 2021.

"Words of wisdom from Rocky for the new year!" the Grammy award-winning singer wrote alongside the post, which also features an appearance from Moroccan's twin sister, Monroe, whom Carey shares with ex Nick Cannon.

Asked by his mother to share what was on his mind, Moroccan wore a festive hat and wished viewers a happy new year, before he began, "A lot of people might've not thought that this year was perfect but this year was inspiring to me ... 'Cause I had it too good for too long, man. And I just was like 'Ah, this is so good,' and I needed a jumpstart."

"But still," he added, "We gotta think good, positive and nothing will bring us down, no matter what."

Mariah Carey Says Son Moroccan, 9, Was Bullied by a White Supremacist: 'This Is the World We Live in

Carey and her family are currently vacationing in Aspen after the singer and her brood recently embarked on a Christmasy multi-day adventure last month.

The family traveled in style inside a two-bedroom luxury Outdoorsy Prevost Winter Wonderland RV on a trip from Los Angeles to the Colorado locale, arranged by the RV rental company.

"Let's get festive!" the singer's twins proclaimed in a previously shared video, before everyone hops on board and takes off with their pup — who is shown wearing a variety of headpieces, including reindeer antlers and a flannel floppy-ear hat — in tow.

"So we're on our festive road trip, making our way across the land, celebrating and staying safe. Seeing so many familiar places," Carey explained in the video, which also spotlights the extravagant holiday décor on board.

Earlier this year in October, the "We Belong Together" songstress also opened up about her family's encounters with racism, specifically how Moroccan was bullied by a white supremacist.

Detailing the occurrence during an appearance on Watch What Happens Live, the music icon told host Andy Cohen about the ordeal and related it back to her best-selling memoir, The Meaning of Mariah Carey.

"Rocky just got bullied the other day by a white supremacist person that he thought was his friend," Carey told Cohen, 52, during their chat. "It's like, insane. This is the world we live in."

Though her memoir was completed prior to the current Black Lives Matter movement, Carey — who is biracial — said the book ended up being "so timely" and shared that she was even reading the chapters that touch on race to her two kids.

"I'm reading chapters to them that are helping to illustrate my encounters with racism, and how they can then have a greater understanding, and ultimately a greater reservoir with which to deal with the situation itself," Carey explained. 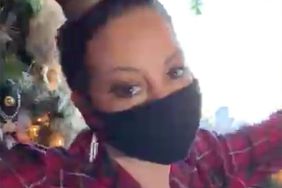 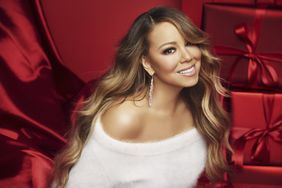 Mariah Carey Says Son Moroccan, 9, Was Bullied by a White Supremacist: 'This Is the World We Live in'