Mariah Carey and her kids are getting in the holiday spirit

The Queen of Christmas is getting in the holiday spirit!

Mariah Carey jetted off to Aspen with 7½-year-old twins Monroe and Moroccan Cannon to celebrate the holidays, and the “All I Want for Christmas” singer shared the family’s adorable ski getaway with fans on social media.

Carey posted a series of sweet photos of her and the kids hitting the Buttermilk ski slopes on Dec. 22, even though the singer admitted she was feeling under the weather at the time.

“Shutting down the slopes with demkids ❄🥰🎿😇 Keeping it festive despite my lingering cold 😩,” the star captioned a photo of herself — dressed in a full Gucci look — alongside son Moroccan.

In another photo, daughter Monroe showed off her modeling skills alongside her mom.

Even before the family’s holiday getaway, Carey and her kids — with ex Nick Cannon — were enjoying the Christmas season.

The singer shared an adorable video of her twins rocking out to “All I Want For Christmas Is You” at the beginning of December to kick off their holiday celebrations.

“Roc & Roe have been practicing the background vocals to ‘All I Want For Christmas Is You,’ we’re gonna take this one step at a time— we’re very excited about it! It’s our first video doing this! It’s festive, Cmon!!” Carey wrote alongside the video on Twitter, adding a few festive Christmas tree emojis.

She also posted a photo of her twins hard at work, crafting their yearly letters to Santa.

Carey wrote alongside the cute images, “It’s a big moment!!!”

During an interview with SiriusXM’s Heart & Soul channel in November, the pop star and mom of two opened up about what Christmas is like at her home.

“I should have a Christmas budget,” she laughed to host Cayman Kelly. “People don’t realize how much it costs to go and do the whole Christmas experience, the extravaganza that I do, darling.” 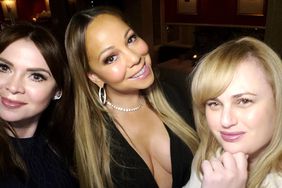 Mariah Carey and Rebel Wilson Party Together (and Dance on Their Table!) in Aspen 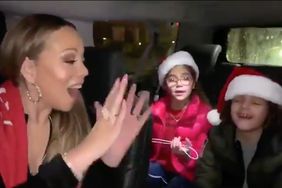 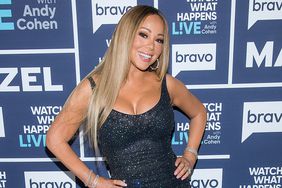 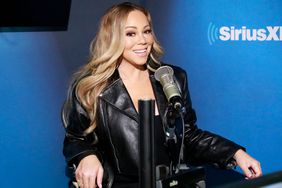 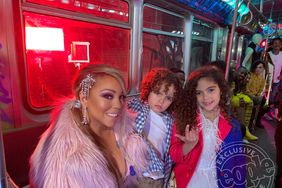