Eden and Savannah Mahoney take the lead while mom Marcia Cross follows behind on the walk home from the park on Tuesday in Santa Monica, Calif.

In her recent interview with us, Marcia said, “I realized that there was nothing I could do about [being photographed]. Being upset about the paparazzi would put me in a cranky mood and ruin my time. I decided I didn’t want that to happen, so I’ve just ignored them.

There have been a couple of times when I’ve gotten upset, usually when boundaries are crossed. There’s a certain protocol that even the paparazzi seem to follow, and when that’s broken then I get a bit outraged. But for the most part if they keep their distance, my children don’t really know what’s going on, so I’m fine with that … Sometimes they’re nice – they’ve given me pictures, or they’ll give me privacy for a day.”

Take a peek at the twins’ first two years in their gallery, Eden and Savannah: Twice the Twos!

Marcia Cross and Savannah Shop in the Sun 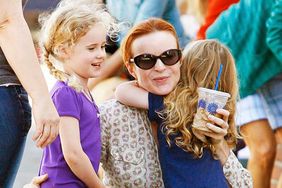 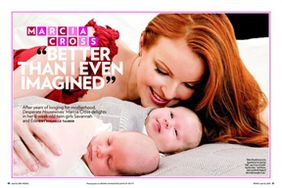 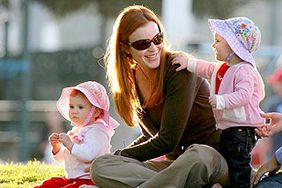 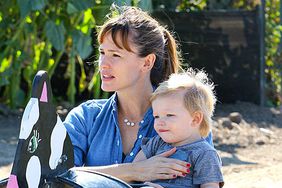