Madame X, Madonna's upcoming album, will be released on June 14

Madonna is an undeniable icon in music, but according to her, two of her kids like to refer to her by a slightly different name.

In an interview with Radio.com, the Queen of Pop, 60, revealed that her children — Lourdes, 22, Rocco, 18, David, 13, Mercy, 13 and twin girls Estere and Stelle, 6 — have various responses to her celebrity status and her twins even have a go-to response when people ask if she’s their mom.

“The older ones could care less, and the younger ones, they think it’s funny,” Madonna, 60, said. “Today my 6-year-old twins said to me, ‘Mom, everyone’s always asking us if Madonna’s our mother. And we tell them, ‘No, Madame X is our mother.'”

Madame X is the upcoming album by the “Like a Virgin” singer, which will become her 14th studio album to date.

Madonna Has ‘Her Own Met Gala’ in Times Square: Madame X ‘Travels the World’

She also revealed that despite her busy schedule, she still manages to make time for all six kids.

“If I’m in rehearsal, they come to see me,” she said. “My kids come to see me when I get home, then I go back to work. I usually try my best to have as many meals with them as possible.”

Madonna’s eldest daughter, Lourdes, came from her relationship with Carlos Leon, who was her personal trainer. After the two split in 1997, she met director Guy Ritchie, who became her second husband (she was married to actor Sean Penn in the ’80s). The two welcomed her second child, Rocco, in 2000.

In 2006, the two adopted their son David from Malawi. Following her divorce from Ritchie, 50, in 2008, she adopted another child solo: daughter Mercy, also from Malawi, in 2009.

She adopted her youngest children, twin daughters Estere and Stelle, from Malawi in 2017 when the girls were 4 and moved to Lisbon, Portugal.

While she tends to keep her children off her social media, the Material Girl shared a photo of all six children on Thanksgiving Day last year.

“What I am Most THANKFUL for!” Madonna captioned the sweet snapshot. “My Children have led me down roads and opened doors I never imagined I’d walk through.”

“Fame , Fortune and Records Broken could never equal that which I treasure and value most,” she added, including the hashtags #blessed, #grateful, #children and #family. “Happy ThanksGiving from Malawi!”

Madonna, who founded the charity Raising Malawi in 2006, has returned to the nation repeatedly over the years.

In July 2017, Madonna, Rocco, David, Mercy and the twins jetted to Malawi for the opening of the Mercy James Institute for Pediatric Surgery and Intensive Care at the Queen Central Hospital, which Raising Malawi funded.

The following year, Madonna and all six kids visited the hospital to celebrate its one-year anniversary.

Along with raising six children, the pop star has her hands full with the release of her upcoming studio album Madam X, which will be followed by the Madame X Tour, which kicks off in September in New York City.

Madonna shared her excitement about the tour announcement on Twitter earlier this month. “Madame ❌ is excited to announce she is going on tour! 🎯 A theatre tour!! 👠 💃🏾🎤! This Fall,” she captioned a short promotional video costarring Diplo.

She also shared a photo of herself getting cozy on the lap of her “Guru and Friend,” as she described Diplo. 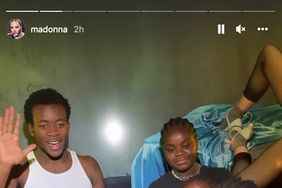 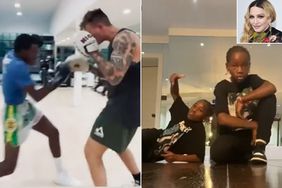 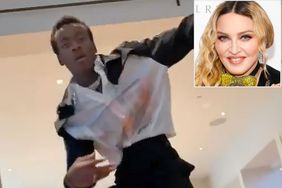 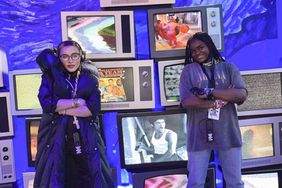 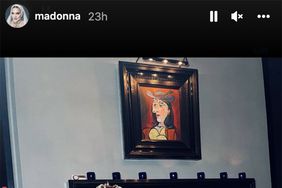