Long after adopting her son David Banda from the African nation of Malawi, songstress Madonna is still focusing her efforts on helping the hundreds of children left behind; For the mom of three, donating her youngest boy’s boxes of clothes seemed the perfect solution.

A sure sign that 3-year-old David is thriving with his family, a source tells PEOPLE that the wardrobe Madonna initially bought for her son was packed away with the toddler having outgrown his outfits. “These are clothes David can no longer use; they say he is quite a big boy now so he cannot use most of the clothes Madonna bought him immediately after he was adopted,” the source reveals.

Shipping the boxes of dapper duds to David’s orphanage, Home of Hope — appropriately labeled ‘From David Ritchie to friends at Home of Hope’ — left the 500 orphans with quite a surprise! “The children were excited to see the clothes,” says the source. In addition to David’s clothes, books, and toys, the proud mama also included a few autographed copies of her own children’s book, The English Roses.

While the director of the orphanage has not confirmed that the packages are from Madonna and David — “we have lots of friends across the globe who send us stuff from time to time” — the 50-year-old singer has dedicated her resources to assisting six Malawi orphanages through her charity Raising Malawi. 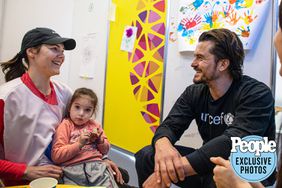 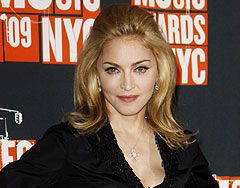