A Los Angeles mother is being praised for sharing her child's nonbinary identity with friends and family on social media.

At the end of November, Jennifer Chen shared her family's holiday card on Instagram, featuring a smiling photo of her husband Brendan Hay and their twins Chloe and Clark. Chen used the post as an opportunity to introduce her followers to Clark and their new pronouns.

"I'd like you all to meet Clark (formerly known as Claire)," she began. "Clark prefers they/them/he pronouns and would like to be known as my kid/my son who is non-binary. Clark asked us to tell our friends & family who they are now."

Listen below to an interview with Jennifer Chen on our daily podcast PEOPLE Every Day.

"Brendan and I support Clark in their journey. Chloe is the first to correct me when I accidentally use the wrong pronouns or name," she continued. "As a family, we love Clark and support whatever their journey might hold."

Chen ended her post by telling those who might disagree with her family's choices to message her privately rather than leave public comments. She later shared an update with Today that she has not received any negative messages since making the announcement.

The mom of two shared with the outlet that she and her husband were aware of Clark's new identity when she read her twins a bedtime story, It Feels Good to Be Yourself: A Book About Gender Identity by Theresa Thorn.

Chen said Clark pointed to the nonbinary description and told her, "That's how I feel. I don't feel like a boy or a girl." The family then began supporting their new identity with different clothing, hairstyles, a new name and pronouns.

"For me, when we've honored their choices to cut their hair short or wear clothes that feel like them, the JOY & LIGHT on Clark's face is what lets me know that we are doing the right thing," Chen added in her post.

In her personal essay with Today, Chen said she initially worried about Clark's future and the possibility of transitioning or not being accepted by their peers, noting the alarming suicide rates of transgender and nonbinary youth. However, she said she's turned to friends who've been through similar experiences for help navigating how to parent Clark.

She added that she's also received numerous messages from strangers.

Under the post, Chen's followers raved about the family's authenticity and she wrote that she's received numerous messages about families with similar situations.

"Thank you for lovingly supporting Clark. My AMAB child (16) recently came out to me as non-binary. I'm struggling a bit with pronouns but it's getting easier with time and use. Thank Clark for their courage in wanting to explain to all of us who they are! Welcome, Clark! Lots of love to you! 💛" one person wrote.

Another user commented, "You guys are the most amazing family and supportive to one another… An inspiration and brings a tear of joy to my face and heart ❤️." 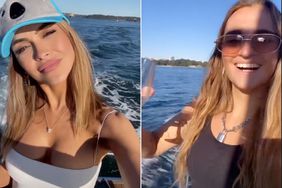