Little Big Town's Kimberly Schlapman on New Daughter Dolly: We Had a 'Puzzle Piece Missing and She's Filled It'

Dolly "was always meant to be a part of our family," Little Big Town's Kimberly Schlapman tells PEOPLE of her newly adopted baby girl

Sometimes — not often, but sometimes — when you ask Santa for a baby sister, you get what you wish for.

That’s exactly what happened to Kimberly Schlapman‘s daughter Daisy Pearl. In early January, the Little Big Town singer shared a photo on Instagram of her family of four, announcing the arrival of their newly adopted addition Dolly Grace.

“Daisy prayed for a sibling for years,” Schlapman, 47, tells PEOPLE of her older child with husband Stephen Schlapman. “She begged us and God for years, and even asked Santa Claus this year for a sibling.”

With her prayers answered, Daisy, 9½, is fulfilling her big-sister duties like a champ, including changing diapers — well, “the pee-pee diapers, not the other ones yet.”

In between performing at the Grammys, promoting the band’s new album The Breaker and kicking off a year-long residency at Nashville’s Ryman Auditorium, Schlapman has been relishing watching Daisy bond with Dolly.

“She’s a little mama — so helpful!” she says of her older daughter. “She’ll hold her, rock her, feed her. This is her baby doll, a real-life baby doll.”

For Schlapman, Dolly — who was named after that Dolly — “was always meant to be a part of our family. We had a little puzzle piece missing and she’s filled it up. We are ecstatic.”

Watching Daisy play mama to Dolly and grow up with confidence has been a dream come true for Schlapman.

“[Daisy] does not know there’s anything she can’t do,” the mother of two says. “She’s such a believer in herself and it’s something that my parents tried to instill in me, but I was really shy.”

Raising her girls to be strong women has been very important to the singer, who has led by example with her own career.

“The world is [Daisy’s] oyster and I think because of my career and my husband’s support of it, she knows that a woman can be strong and make her own decisions and her own money and have her own career, and also have the love and support of a great man,” Schlapman explains.

For more about Kimberly Schlapman’s new addition, pick up the latest issue of PEOPLE, on newsstands Friday. 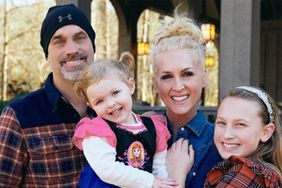 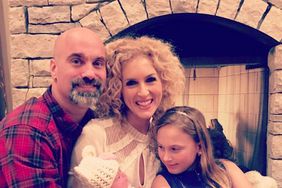 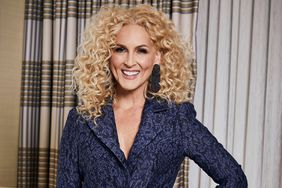 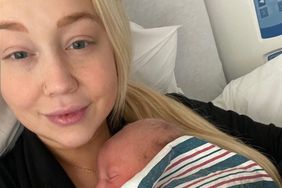 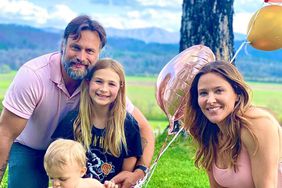