The model is expecting her first child with husband David Lauren in November, she announced Sunday on Instagram

The model and founder of FEED is expecting her first child with husband David Lauren in November, she announced Sunday on Instagram.

“We feel blessed and excited to welcome our little one to the world this November,” Bush Lauren wrote, sharing a sweet snapshot from their #babymoon.

The couple began dating in 2004 and were married in a lavish Colorado ceremony back in 2011. Bush Lauren, 31, is the niece of former President George W. Bush and former First Lady Laura Bush, while Lauren, 43, is the son of fashion icon Ralph Lauren.

“It’s only been a few weeks, but so far, so good,” Bush Lauren told PEOPLE shortly after their nuptials. “I’m very happy.”

The baby boom is running on both sides of the family. Bush Lauren’s cousin, former First Daughter Jenna Bush Hager, will welcome her second daughter in August, while Lauren’s sister, Dylan Lauren, welcomed twins in April. 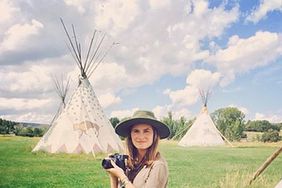