“She is the strongest woman I know and I’m lucky to be on this incredible journey with her,” the former Bachelor wrote of his wife, Lauren Burnham

Proud parents Lauren Burnham Luyendyk and Arie Luyendyk Jr. are giving fans a glimpse of their newborn twins, posting the first photos of their son and daughter.

On Tuesday, the former Bachelor, 39, shared an intimate image of his wife, 29, in a hospital gown and surgical cap, looking blissful as she held the infants close in her hospital bed.

"Never been prouder of my wife than in this moment. She is the strongest woman I know and I'm lucky to be on this incredible journey with her," Arie wrote on Instagram. "We are proud parents of a healthy boy and girl!"

In the carousel of images, Arie also shared snaps of Lauren holding their baby girl's hand, their newborn son sleeping peacefully, and the proud dad's hand on their infant daughter.

On her own account, proud mom Lauren also posted the same shot of herself snuggling up with the twins, and another touching photo of the newborns sleeping next to one another, their son seeming to reach for their daughter's hand.

Over the weekend, the couple announced on Instagram that they had welcomed their twins. The pair, who wed in January 2019 after they met on his season of The Bachelor, also share 2-year-old daughter Alessi.

The former pro race car driver announced the happy news on his Instagram Story Saturday, writing "@luyendyktwins are here! Momma and babies are doing great and everything went smoothly."

"Spending time cherishing these moments, thank you for all the support," he added.

Before her delivery, Arie also praised Lauren for being a "tough woman," writing that "she's having a hard time this go around with nausea."

Speaking with PEOPLE in May, Lauren said she and her husband selected names for their new bundles of joy a "couple of years" ago.

"We've had them picked out for the last couple of years. We came up with Alessi's name. Right after we decided on her name, we actually chose the next two for our boy and our girl," she said. "It just ended up working out where we're now having a boy and a girl. So we're just gonna use both of those names that we loved."

Though the parents have yet to disclose the names of their new additions, there was an oversized "baby L & S" décor sign at a surprise backyard baby shower Arie threw for Lauren back in April. 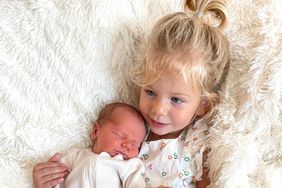 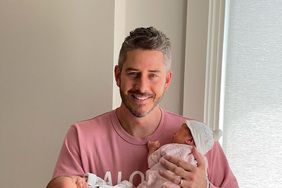 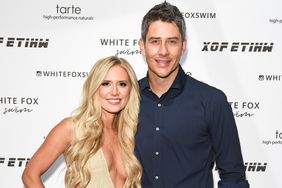 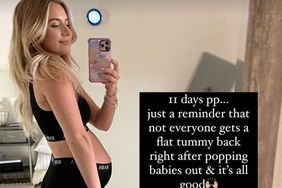 Lauren Burnham Says She's 'Proud of This Squishy Belly' 11 Days After Birth of Twins: 'All Good'