Lala Kent Says Randall Emmett Is Ready for Another Baby, Just 2 Months After Birth of Daughter

Lala Kent joked that she "thought I was gonna have to fight so hard to get baby No. 2" before fiancé Randall Emmett brought up trying for a second child

The Vanderpump Rules star, 30, gave birth to her first baby, daughter Ocean, on March 15, and two months later, she says Emmett is already looking to try for a second baby.

During an Amazon Live conversation earlier this week promoting her book Give Them Lala, Kent told Real Housewives of Potomac star Gizelle Bryant, "I love that you asked that, because I thought I was gonna have to fight so hard to get baby No. 2. Randall, two days ago, was like, 'I think I'm ready to start trying again.' "

"I was like, 'I'm still trying to get my bounce-back bod on!' " she added with a laugh. "I am not about to get pregnant again!"

"Let me just say this, because you know I have three, mine are very close in age, and it works," says Bryant, who is mom to daughters Grace, 16, and twins Angel and Adore, 15. "You don't wanna get out of the baby milk/diaper stage ... and then start over. If you can get it all in now, it's the best thing."

Kent then said she would consider trying again once Ocean turns 1 year old.

Speaking with Entertainment Tonight earlier this month, Kent talked about motherhood and being a stepmom to Emmett's two older daughters from a previous relationship.

"I've seen him be a dad to his two girls, but nothing compares to you watching someone who's a great dad, like Randall, be a great dad to your baby," she said.

"I'm strong in a way that I really didn't think that I was," Kent added of becoming a new parent. "I used to see moms and be like, 'Oh, that's so cute. They're a mom...' and now I have a different respect for them. I can't believe that I embody the things that moms are supposed to. You just kind of sink into it. And I didn't think that I had that in me."

"I've been a stepmom, but it's so different. Even being a stepmom," she added, "nothing could have prepared me for this level of obsession and love and just motherly instinct." 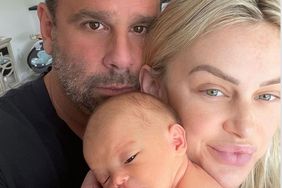 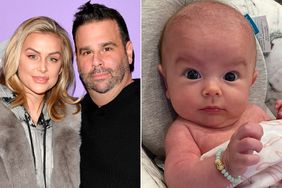 Lala Kent on How Sex Is 'Different' Before and After Giving Birth to Baby Ocean: 'I Feel Weird' 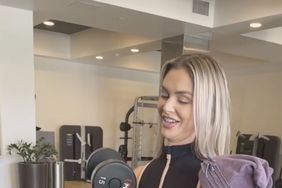