"I want another baby, but when is the question," the Keeping Up with the Kardashians star shared during a Snapchat question and answer session

Kylie Jenner has babies on the brain!

During a late-night question and answer session on Snapchat with BFF Jordyn Woods, the Keeping Up with the Kardashians star revealed that she’d love to give her 8-month-old daughter Stormi a baby sister.

“I want another baby, but when is the question, and I’m definitely not ready right this second,” the mother of one shared, before hinting that she wouldn’t be so secretive the next time around.

“When I do, I would love to share more of that with you guys,” she remarked.

Jenner, 21, also shared that while she has started thinking about possible names for a second baby girl, she hasn’t come up with any super strong contenders.

“I haven’t found anything I love love, but I definitely want another girl, hopefully,” she continued. “And I want her to have a feminine name.”

Echoing her previous statements about Stormi’s affection for her father Travis Scott, 26, Jenner confirmed that Stormi is still “a daddy’s girl.”

“They have this crazy connection and she’s definitely a daddy’s girl. It’s cute to watch. When dad’s around, I’m not even there. It’s like she doesn’t see me, but it’s cool,” she shared.

Hours later, the Kylie Cosmetics mogul went on to share an adorable video of herself showering her baby girl with kisses.

After giving her daughter a sweet kiss on the lips, Jenner lets out a squeal and wraps her daughter in a big hug while Stormi grins widely.

“One more!” the new mom says while gazing adoringly at her Stormi.

“We’ve been working on our kisses,” she wrote alongside the video.

Before answering some fan questions on Saturday, Jenner also made sure to support Scott during his debut performance on Saturday Night Live.

“Hubby,” she wrote alongside a video from the night, adding multiple heart-eyed emojis.

While her use of the word “hubby” raised a few eyebrows, this isn’t the first time the couple has used nicknames that typically signify marriage.

While celebrating Jenner’s 21st birthday in August, the rapper penned a loving tribute in which he called his girlfriend of over a year his “wifey”

“Happy bday wifey I love u mommy u my heart rib toes and all. May God continue to bless u and ur spirit. This mark in ur life is the start to more greatness,” he captioned a series of three photos, including an image of them at the Met Gala in May, when the mother of one made her red carpet return three months after welcoming Stormi.

“Baby!! I love you,” Jenner responded in the comments section along with a red heart emoji. 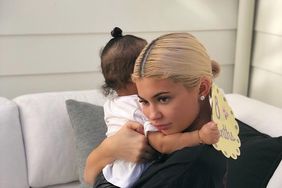 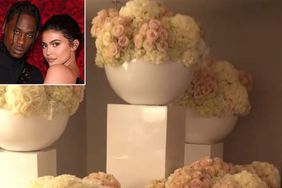 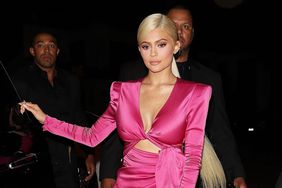 Kylie Jenner Is 'Very Proud That She's Only 21 and Accomplished So Much Already,' Says Source 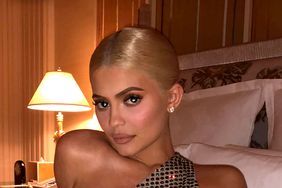