Kylie Jenner talks all things parenting as she poses with daughter Stormi, 2, in a Marie Antoinette-inspired spread for the March issue of Harper's Bazaar

There’s no bad blood between Kylie Jenner and Travis Scott.

The Keeping Up with the Kardashians star, 22, recently posed for the March issue of Harper’s Bazaar alongside her and Scott’s 2-year-old daughter Stormi, revealing in her cover story that the former couple is still close following their split last fall and prioritize putting the needs of their child first.

“We have such a great relationship,” Jenner told the magazine of her rapper ex, 27. “We’re like best friends. We both love Stormi and want what’s best for her.”

“We stay connected and coordinated,” she adds. “I think about [my parents] in situations with Stormi, what they would do. They were very hands-on with me, and I want the same for Stormi.”

As someone who is not shy about sharing photos of her daughter on social media, Jenner was famously secretive when it came to her pregnancy before she gave birth in February 2018.

And because “the world is just so crazy now,” the Kylie Cosmetics billionaire often considers the consequences of “exposing [Stormi] to all of the negativity that comes with the internet,” she tells Harper’s Bazaar.

“I’m just trying my best, even though she’s still little, to remind her how blessed we are and that this isn’t normal, the way we live. It’s just our life. People want to take pictures,” Jenner explains. “I think she would feel differently if I was always covering her face like, ‘Don’t look!’ ”

Stormi may be an only child, but the future of a potential sibling (or siblings) is up in the air — for now.

“My friends all pressure me about it. They love Stormi,” Jenner says. “I definitely feel pressure to give her a sibling, but there’s no plan.”

The March issue of Harper’s Bazaar featuring Kylie Jenner and her daughter Stormi is on newsstands Feb. 18. 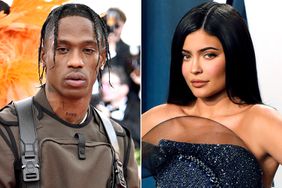 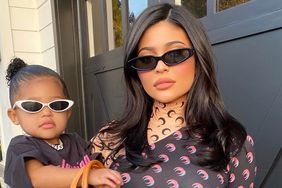 Kylie Jenner Gets Shushed by Daughter Stormi While Watching 'Frozen 2' : 'She's Really Into It'