In an Instagram post on Tuesday, Kylie Jenner gave fans a look at her sexy gold outfit for Justin Bieber and Hailey Baldwin‘s South Carolina wedding on Monday night — and shared a glimpse of her 20-month-old daughter Stormi all dressed up as well.

The proud mom can be seen kneeling down to give her daughter a kiss before the two — along with Kris Jenner and Corey Gamble — head to the wedding. In the photo, Stormi wears a pink dress with a silver sequined top and a tulle skirt. The toddler’s hair was styled up in a bun, and she wore white sneakers.

Jenner, 22, and her sister Kendall Jenner were among the famous faces at the wedding, which was held at the Montage Palmetto Bluff in Bluffton, South Carolina, just over a year after Baldwin and Bieber first tied the knot in a New York City courthouse.

In her Instagram post, Jenner also showed off her outfit: a sexy one-shoulder gold gown with a plunging neckline and thigh-high slit. The Kylie Cosmetics billionaire kept her dark locks pulled back, and accessorized her look with massive rectangular diamond drop earrings, strappy stilettos and a crystal-encrusted butterfly-shaped handbag.

Another photo in the post featured a custom Moët & Chandon Imperial Brut bottle from the wedding. The bottles were made with 9,682 Swarovski crystals that spelled out “The Biebers” and “9.30.19.”

Jenner’s appearance at the wedding came after she was hospitalized for an illness last week. On Friday, the reality star told fans that she was on the mend and “feeling so much better” after skipping a scheduled appearance at the 2019 Emmy Awards and a Paris Fashion Week trip due to the health complication.

Shortly after giving her fans the good news about her health, Jenner posted a sweet clip with Stormi.

In the adorable video, which was shared without any sound, Stormi can seemingly be seen planting a kiss on her mother (who’s behind the camera) before playfully pulling back and sticking out her tongue.

The proud mom captioned the clip with a variety of kissy face emojis as well as a red heart.

Bieber, 25, and Baldwin, 22, said their “I Do’s” on Monday in front of 154 guests — including models Camila Morrone and Joan Smalls, pals Jaden Smith, Justine Skye, Dan Smyers and Shay Mooney of country duo Dan + Shay and their wives Abby and Hannah, Kris Jenner and Corey Gamble, as well as Bieber’s manager Scooter Braun — at Somerset Chapel, a source confirmed to PEOPLE.

Just before the wedding, guests enjoyed pre-ceremony cocktails at the Inn lobby lounge.

Following the vows, guests were escorted to the post-ceremony cocktail hour ahead of the formal reception with plated dinner at the Wilson Ballroom. PEOPLE confirmed Grammy winner Daniel Caesar performed later in the evening. 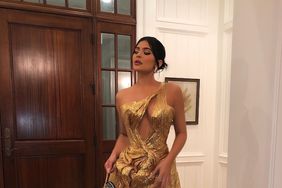 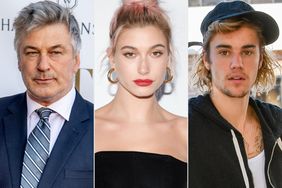 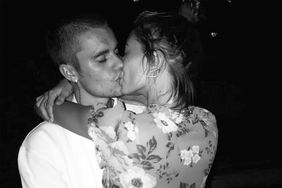