Kylie Jenner is supporting her man!

Following reports of relationship drama with boyfriend Travis Scott, the Keeping Up with the Kardashians star, 21, shared a sweet snap on Friday, showing herself cuddling with their daughter Stormi while wearing the rapper’s merch.

In the image, Jenner wears a pair of Astroworld sweatpants, while her 13-month-old daughter fittingly wears an adorable t-shirt with a storm cloud on it.

In February, TMZ reported that Jenner had accused her boyfriend of cheating, which prompted Scott, 26, to cancel his tour stop in Buffalo, New York, and remain in Los Angeles, where the couple got into an argument. A rep for Scott went on to strongly deny to PEOPLE that he was unfaithful and that he and Jenner had a fight about cheating. A rep for Jenner had no comment.

During a subsequent tour stop at New York City’s Madison Square Garden, the “Stop Trying to Be God” rapper closed out his show with a sweet shout-out to Jenner.

“Love you wifey,” he said, according to a video obtained by TMZ.

He’s used the affectionate nickname many times before, even though the pair aren’t married or engaged yet.

Shedding some light on why Jenner suspected Scott of cheating, a source recently told PEOPLE that the Kylie Cosmetics mogul experienced trust issues amid the Tristan Thompson–Jordyn Woods cheating scandal.

“She is still devastated about Jordyn and had an argument with Travis after she checked his phone and saw something that she didn’t like,” the source said, adding that “Travis says he didn’t cheat.”

“Kylie was upset at first” but “seems better” now,” the source shared.

Earlier this month, following Scott’s performance at the Barclay’s Center in Brooklyn as a part of his tour, the concert venue gifted Stormi with an Astroworld-themed Lamborghini.

The tiny, multicolored vehicle says “StormiWorld” on the front and “Wish you were here” just above the tires — a nod to Scott’s tour name.

The car’s colorful design was created and handpainted on by New York artist Andrea von Bujdoss, a.k.a. “Queen Andrea.”

Stormi’s Lamborghini, which also glows in the dark, has a license plate that reads “STORMIW3B.”

This isn’t the first time Jenner and Scott have celebrated Stormi by referencing Scott’s album Astroworld.

In February, the proud parents threw Stormi an epic first birthday party that they dubbed “StormiWorld.” The entrance to the party was a giant blow-up version of Stormi’s face, based on Scott’s Astroworld album art. 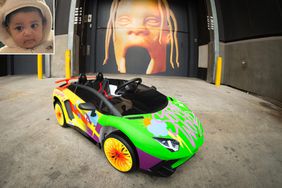 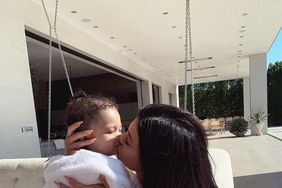 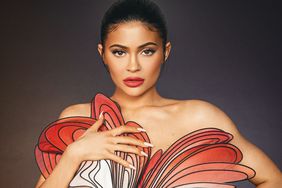 Kylie Jenner Says Her 'Life Didn't Start Until' Having Stormi: 'I Was Definitely Made for This' 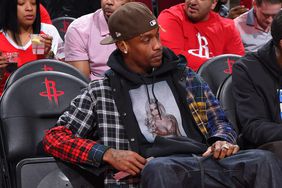