"Delta's cookie. Don't eat it or else," read one of the notes Kristen Bell shared online

"Don't disturb, Delta is starving to death, only Mom can come in," read one of Delta's messages, as Bell explained that it was "taped to the door during her 30 mins hunger strike."

"Deltas cookie. Don't eat it or else..." read another note, which was scribbled on a plastic bag containing little more than a crumb of cookie.

Playfully, Bell added, "Guess I should be grateful my kid can speak her mind! And appreciates leftovers.)"

Bell shares daughters Delta and Lincoln, 8, with husband Dax Shepard, 46, whom she married in October 2013.

She recently opened up about parenting during quarantine with Shepard. "Balancing work and parenting and online learning during the pandemic, and especially supporting mental health, it was really hard," Bell said on Yahoo's Reset Your Mindset: Pandemic Parenting live-stream special in March.

"We're always honest with our kids, and sometimes it's been really hard," she added. "We explained what COVID was and why it exists and we told them everything really early on and we just reminded them that we're luckier than most people and we have to do what we can to help others during this time."

The parents also used the time in isolation to work on their own relationship.

Bell previously told PEOPLE in January that "when we started this pandemic, were at a point in our marriage where we definitely needed a little therapy brush-up." 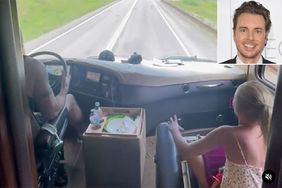 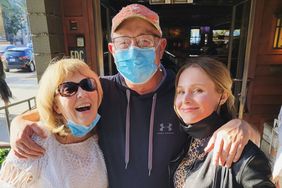