After Ashton Kutcher and Mila Kunis went viral for saying during Dax Shepard's podcast that they bathe their children when they "can see the dirt on them," Kristen Bell shares her approach

Kristen Bell is getting in on this parenting hygiene debate.

Last week, Mila Kunis and Ashton Kutcher went viral after saying on Dax Shepard's Armchair Expert podcast, "If you can see the dirt on them, clean them. Otherwise, there's no point," while they discussed how often to bathe one's kids.

"When I had children, I also didn't wash them every day. I wasn't that parent that bathed my newborns — ever," added Kunis, who shares daughter Wyatt Isabelle, 6, and son Dimitri Portwood, 4, with Kutcher.

On The View Tuesday, Shepard and his wife Bell made an appearance and addressed the hot topic discourse sparked by the podcast episode. They share daughters Lincoln, 8, and Delta, 6½.

"We bathed our children every single night prior to bed as their routine, then somehow they just started going to sleep on their own without their routine and we had to start saying [to each other] like, 'Hey, when was the last time you bathed them?' " says Shepard, 46, as Bell, 41, agreed, "Yeah, we'd forget," and added that they would sometimes begin to pick up an odor.

Bell continues as the co-hosts laugh, "I'm a big fan of waiting for the stink. Once you catch a whiff, that's biology's way of letting you know you need to clean it up. There's a red flag. Honestly, it's just bacteria; once you get bacteria you gotta be like, 'Get in the tub or the shower.' So I don't hate what [Kunis and Kutcher] are doing. I wait for the stink."

Bathing babies too much with soap "can dry out his or her skin," according to the Mayo Clinic. Additionally, the American Academy of Dermatology Association says on its website that kids ages 6 to 11 "may not need a daily bath," but should at least wash once or twice a week.

The subject came up when Armchair Expert co-hosts Shepard and Monica Padman started discussing how frequently they shower. When Shepard insisted that Padman, 33, "should not be getting rid of the natural oil on your skin with a bar of soap every day" and instead only wash with water, Kunis, 37, and Kutcher, 43, agreed.

While baths may not be a daily occurrence in their household, the pair do believe in washing their faces every day: "I do have a tendency to throw some water on my face after a workout to get all the salts out," Kutcher admitted, while Kunis said, "I do wash my face twice a day." 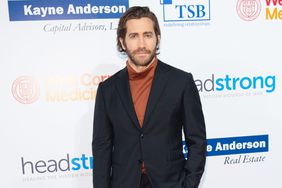 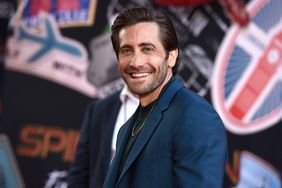