"Haven't been back since I was a little girl and it hasn't changed," Kourtney Kardashian wrote on Instagram

Kourtney Kardashian is spending some quality time with her family.

On Wednesday, the Keeping Up with the Kardashians star, 41, shared several photos of herself and her two younger children — Penelope, 8, and Reign, 5 — hanging out with niece North, 7, and nephew Saint, 4, during a day trip out to Balboa Island in California.

In a slideshow shared on Instagram, Kourtney and the kids can be seen taking in the sights on the waterfront.

One photo shows the Poosh founder posing with Penelope and North by the pier, while another features Reign and Saint picking out sweet treats at a local candy store.

Kourtney also posted a shot of the group visiting the island's famous frozen banana stand, Sugar & Spice, as well as several videos from the water.

"Haven’t been back since I was a little girl and it hasn’t changed 😊✨," she wrote in the caption.

The family outing comes amid a string of public outbursts from North and Saint's father, Kanye West.

A source recently told PEOPLE that Kim Kardashian West — who also shares daughter Chicago, 2½, and son Psalm, 14 months, in addition to North and Saint with Kanye — was "furious" that the rapper, 43, had revealed private details about their family at his first campaign rally for his unlikely 2020 presidential bid over the weekend.

Earlier this week, Kanye also unleashed a series of alarming posts on his Twitter, including since-deleted claims about himself and his family. On Monday night, he tweeted allegations that Kim and her mom, Kris Jenner, had tried to "lock" him up, and on Tuesday night, he claimed that he had been considering divorcing his wife.

Kim, 39, released a statement about her husband's mental health on Wednesday morning, asking fans for "compassion" during this difficult time.

"I understand Kanye is subject to criticism because he is a public figure and his actions at time can cause strong opinions and emotions," Kim continued. "He is a brilliant but complicated person who on top of being an artist and a black man, who experienced the painful loss of his mother, and has to deal with the pressure and isolation that is heightened by his bi-polar disorder. Those who are close with Kanye know his heart and understand his words sometimes do not align with his intentions."

"Living with bi-polar disorder does not diminish or invalidate his dreams and his creative ideas, no matter how big or unobtainable they may feel to some. That is part of his genius and as we have all witnessed, many of his dreams have come true," the reality star added. "We as a society talk about giving grace to the issue of mental health as a whole, however we should also give it to the individuals who are living with it in times when they need it the most. I kindly ask that the media and public give us the compassion and empathy that is needed so that we can get through this. Thank you for those who have expressed concern for Kanye's well-being and for your understanding." 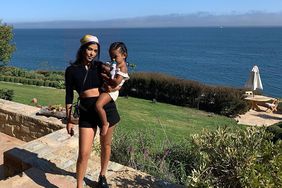