Kourtney Kardashian took her kids Reign, Penelope and Mason — along with cousins Saint and North, plus two friends — to Universal Studios

The Kardashians (and Disicks and Wests) down in Whoville like Christmas a lot!

Kourtney Kardashian had a day of holiday cheer at Universal Studios Hollywood recently, visiting the park for its annual Grinchmas celebration with a very special group in tow.

In one snapshot, Kardashian stood with son Reign and the Grinch himself as they posed with varying expressions. While the Grinch and Kardashian looked overjoyed for the occasion, Reign seemed a bit hesitant about being so close to the outcast Who.

“He asked @thegrinch ‘Why did you steal Christmas?’ ” the Keeping Up with the Kardashians star, 39, captioned her photo slideshow, in explanation of Reign’s adorably sour disposition.

In her second photo, bundled-up cousins Saint and Reign hammed it up while the former enjoyed a lollipop.

All seven kids also posed for a group shot, with North, Penelope and Ryan hanging out together in a separate photo of the trio that Nguyen Romulus shared on her Instagram account.

“Loved @grinchmovie so much we had to take the kids to @UniStudios today to visit Whoville and meet the Grinch himself. #grinchmas,” she captioned the girl-power image.

Despite Kardashian’s holiday spirit, the KarJenner brood aren’t planning to do it up in their famous annual Christmas card this year, as Saint and North’s mom Kim Kardashian West told E! News on Tuesday.

“I have to say, thanks to last year’s Christmas card, that really did just f— us over,” the mom of three, 38, told the outlet. “That was so dramatic. Kris Jenner has given up. She’s just like, ‘I don’t have the energy to wrangle all my kids anymore and their kids.’ ”

The heartwarming photos from the 2017 KarJenner Christmas card, which the family revealed day by day, were overshadowed by all the sibling fighting surrounding the shoot — as the premiere of the 15th season of the family’s hit show revealed. 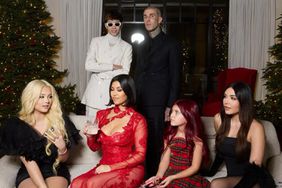 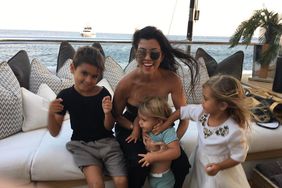 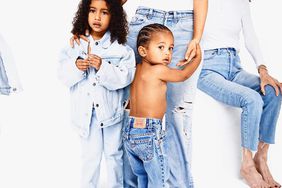 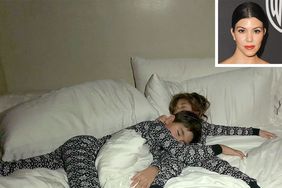 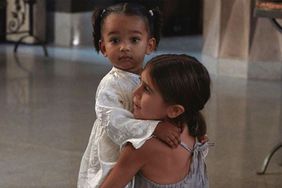 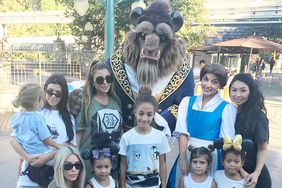 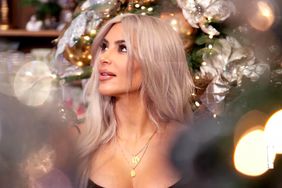