Kourtney Kardashian is solidifying her status as a cool mom.

On Friday, the Keeping Up with the Kardashians star, 42, joined 9-year-old daughter Penelope Scotland for a choreographed dance number on TikTok. The pair showed off their moves to Linda and Heather's theme song from Disney's Liv and Maddie.

Kardashian and boyfriend Travis Barker have been spending time with each other's kids as their relationship continues to grow. Barker, 45, even began sharing his music skills with Penelope by giving her drum lessons for her birthday in July.

"He's liked her for a long time and she just got more open to the idea," a source told PEOPLE in January of Barker and Kardashian. "He's a good guy and a really great dad. Her family and friends all really like him. Their kids all get along too, which is sweet."

Barker's daughter Alabama Luella, 15½, has even referred to the Poosh founder as her "stepmom" on social media.

He and Kardashian began dating late last year, PEOPLE reported in January. "They've been dating for about a month or two," a source said at the time. "They've been friends for a long time, but it's turned romantic. Travis has liked her for a while."

RELATED VIDEO: Kourtney Kardashian and Travis Barker Kiss as They Make Red Carpet Debut as a Couple at 2021 MTV VMAs

Since then, the couple has put their blossoming romance on display, frequently sharing their affection on social media.

They made their red carpet debut last week at the 2021 MTV Video Music Awards, where she and Megan Fox introduced Barker and Machine Gun Kelly as "our future baby daddies." 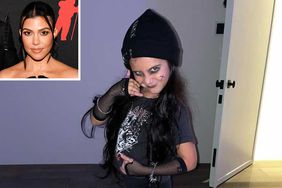 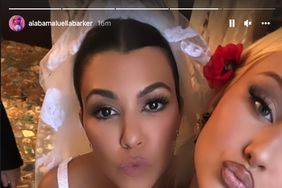 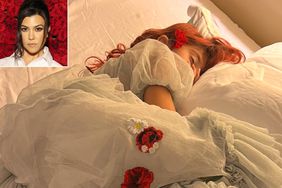