From Levi McConaughey to Knox & Vivienne Jolie-Pitt, see which star tots are celebrating their growing independence

Beep, beep! Matthew McConaughey's little man, who turns 3 on July 7, zips around his L.A. neighborhood with sister Vida, 18 months, in tow on March 29.

Cindy Crawford's son Presley (he turns 12 on July 2) proves he's a natural, flashing his camera-ready smile at the opening of Spider-Man: Turn Off the Dark on June 14, alongside dad Rande Gerber and sister Kaia in New York.

The almost 3-year-old (July 7) gets a lift from mom Nicole Kidman after touching down at LAX on June 20, 2010 with dad Keith Urban.

Three cheers for dad! Russell Crowe keeps hold of his biggest fan, who celebrates his fifth birthday on July 7, as the actor receives a star on the

Jaden, who turns 13 on July 8, shares a loving embrace with dad Will Smith at New York's Highline Ballroom during the Power Live Holiday Party – where sister Willow performed – on Dec. 11, 2010.

Hugh Jackman's growing girl (she turns 6 on July 10) tenderly grips her doting dad while scooting to school on June 2 in New York.

Four months before their third birthday on July 12, the adorable twins dress to impress – a frock for her and a suit for him – during a day out with their parents Brad Pitt and Angelina Jolie (not pictured) in New Orleans on March 20.

Mwah! Clementine, who turns 3 on July 18, plants a sweet smooch on Ethan Hawke while taking in New York City from atop dad's shoulders on April 30.

Before turning 3 on July 22, Zev gets his kicks in (with a little help from mom Marissa Jaret Winokur and dad Judah Miller) at the red carpet premiere of Kung Fu Panda 2 in L.A. on May 22.

It's a wrap – bubble wrap, that is! – for little lady Lola (she turns 4 on July 23), who totes her plaything along for a picnic outing with mom Lisa Bonet and Game of Thrones actor dad Jason Momoa (not pictured) in Santa Monica, Calif., on Feb. 26, 2010. 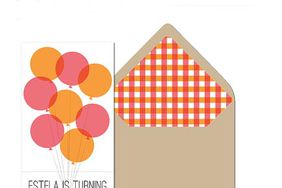 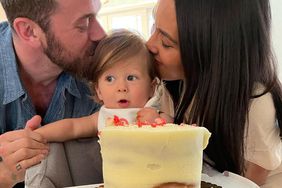 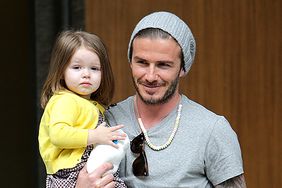 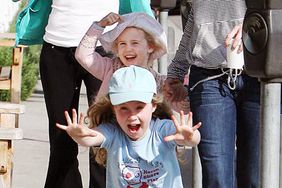 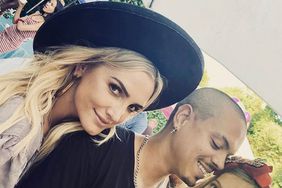 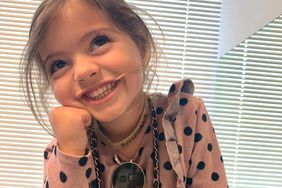 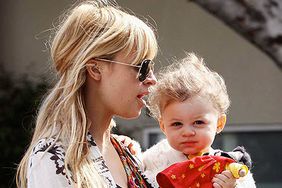