The actress recently became a first-time grandmother, and took to Twitter on Tuesday to share the news

Kirstie Alley just added a new role to her resume!

The actress recently became a first-time grandmother, and took to Twitter on Tuesday to share the news.

“When your son has a son … bliss … yes this is my secret happy news as promised … Welcome Waylon Tripp Parker,” Alley, 65, wrote on the social media site.

Along with her message she attached a sweet black and white photo of her son, 23-year-old William Stevenson, cuddling his newborn as both of the boys sleep.

Alley and her ex-husband Parker Stevenson adopted William in 1992.

Now that William is a parent himself, he and his mother can share in the joys of parenthood — the part of her life, Alley takes the most pride in. 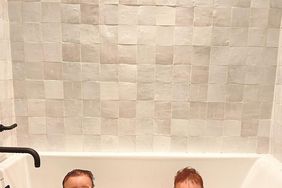