Bump It On! Pregnant Kirsten Dunst Covers Her Baby Belly in Overalls While Out with Friend

Kirsten Dunst, who is expecting her first child with fiancé Jesse Plemons, was spotted out with a female friend on Thursday

Kirsten Dunst has that pregnancy glow!

The 35-year-old Bring It On actress, who is expecting her first child with fiancé Jesse Plemons, was spotted out with a female friend on Thursday.

Her growing baby bump was on full display in a comfy-looking pair of black overalls with an embroidered white scoop-neck, cap-sleeve top. She paired the outfit with black tassel loafers, a white purse and dark sunglasses.

The actress and Plemons were photographed together at LAX Wednesday, with Dunst’s baby bump visible under an ankle-length blue dress and black cardigan.

Dunst, 35, and the Breaking Bad actor, 29, began dating in 2016 after meeting on the set of the FX series Fargo, where they played a married couple.

The Interview with the Vampire star was spotted last year wearing a ring on that finger, and since then, the duo have been seen out and about sharing PDA-filled moments together.

In Marie Claire U.K.‘s July issue, the actress admitted expanding her family was definitely something she had in mind. “I’m at a stage in my life where I’m like, I’ve been working since I was 3. It’s time to have babies and chill,” she said.

“I wasn’t one of those ‘I need a baby!’ people until my goddaughter was born. I love her so much,” added the star. “That love is just like … you can’t experience that unless you have a kid. I put her to bed last night and she woke up this morning and said to her mom, ‘Where’s Kiki?’ I just love that love. That’s what I want.’ ”

Dunst told PEOPLE following her appearance at the 2017 Cannes Film Festival that she’s “very relaxed when it comes to” the idea of getting married and having children.

“I’m very cavalier with the way I talk and said it’s time to do this, chill out … but I have worked my whole life, so I definitely don’t mind big chunks of not working,” she said, referencing her Marie Claire U.K. quote.

“If you find the right person, it’s amazing,” she revealed of her wedding plans, adding of getting married and having children, “I’m not in any rush, so whenever things happen.” 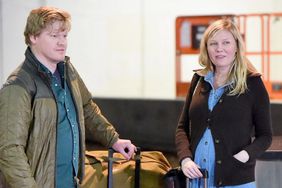 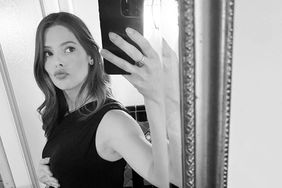