Small things are on the horizon for Kim Kardashian West and Kanye West: a children’s clothing line!

On Tuesday, the Keeping Up with the Kardashians star revealed on Snapchat that she and her husband will be releasing a line of kids clothes in the near future.

With their daughter North as the model, Kardashian West showed off two pieces from the upcoming collection: a yellow sequin dress and a yellow shearling coat.

“Wait, let me see this outfit that you’ve got on. Do you see this Yeezy jacket? Is that a Yeezy yellow shearling?” Kardashian West, 36, said in the first of numerous videos shared to Snapchat.

In the video, North, 3, pairs the yellow dress and matching jacket with black hightop Vans.

“Kanye & my kids line coming soon! #SequinDress #ShearlingCoat,” the mother of two captioned a photo of her daughter donning the clothes.

“Hey, where’s our model? See daddy and mommy are doing a kids line and these are some of the pieces,” the KUWTK star said in another video. “Northie picked out the colors and the fabric.”

Kardashian West and the musician are no strangers to the fashion world. In fall 2014, Kardashian West launched a Kardashian Kids line with sisters Kourtney and Khloé, and in September, West debuted his Yeezy Season 4 show on New York City’s Roosevelt Island during New York Fashion Week.

The reality star first hinted at the kids clothing line in June of last year, when she gave a sneak peek on her blog of her son Saint‘s designer wardrobe. 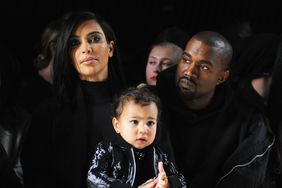 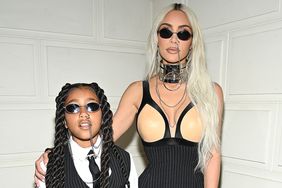 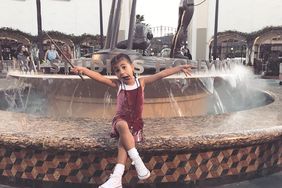 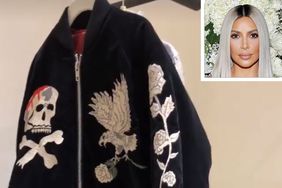