Between a reality show, beauty and clothing lines, law school, parenting four kids and more, Kim Kardashian West has her hands full — but she’s not saying a hard no on more kids.

The Keeping Up with the Kardashians star opened up to Laura Wasser on Tuesday’s episode of her All’s Fair podcast about the potential of expanding her family with husband Kanye West, explaining that the desire is there but the resources might be a different story.

“I just can’t do more ’cause I really want to go to school and I really want to do all this stuff. … I could do two more, but I just don’t think I should,” Kardashian West, 39, says in the segment, shared exclusively by TMZ. “I’d have to go through [in vitro fertilization]. I’m gonna turn 40 — I don’t want to be an old mom. I think four’s good.”

“If anyone can do it, it’s you,” Wasser tells her guest. “But again, you also want to be able to pay enough attention to the four you have.”

“That’s the thing — I want to pay attention. I think everyone needs attention,” Kardashian West says of sons Psalm, 9 months, and Saint, 4, plus daughters Chicago, 2, and North, 6½. “And just seeing how my mom is 64 and we still don’t stop bugging her … at [almost] 40, I’m calling her daily, all day long.”

Kim Kardashian Says One of Her Kids “Only Drinks Oat Milk” and Another Is Lactose Intolerant: I “Have to Have Everything”

Kardashian West’s comments echo those she gave previously about feeling done having more children, despite her rapper husband’s desire for seven kids.

“I LOVE my babies so much but 4 is all I can handle with how busy I am, and each one of my babies needs so much attention,” the KKW Beauty mogul said during a Q&A session on her Instagram Story in August.

Ahead of Psalm’s birth last May, a source close to the family told PEOPLE that the couple’s excitement was through the roof, but that the newborn would probably complete their home.

On the podcast Tuesday, Kardashian West also discussed the details, costs and emotional and physical toils of the IVF and surrogacy processes. (Both Psalm and Chicago were born via surrogates.)

“I do know that both of my surrogates were extremely grateful for the opportunity. And what I also thought was really interesting was when I was looking through the packet of women that were chosen for us, I would say more than half of them came from Navy or military [families] and their husbands are in service,” Kardashian West shares with Wasser. “And they’re gone maybe eight to 10 months a year.”

“So sometimes a whole pregnancy can happen while they’re away in service. And that is something that really comforts them. It provides a financial gain to their family,” she adds. “I know that I’ve spoken to a few surrogates now where their husbands have been in the military, and they are so grateful and they love it.” 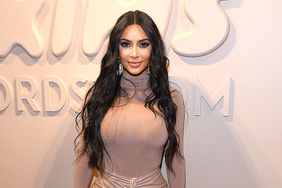 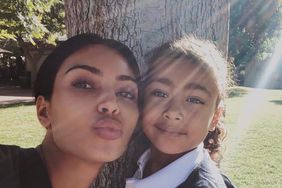 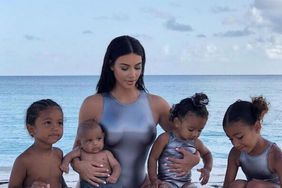 Kim Kardashian Says Baby No. 5 Is Off the Table After Self-Isolating with Family: It's 'Tough'