"These two are besties," the Keeping Up with the Kardashians star captioned the shot

Kim Kardashian West shared with fans a cute moment between son Psalm, 14 months, and 2-year-old niece True on Wednesday, posting a photo of the pair on a play date on her Instagram.

In the shot of the two sweetly gazing into the camera, True appears to be holding a toy while Psalm stands in front of his cousin.

"These two are besties. True and Psalm," Kim, 39, wrote in the caption.

Kylie Jenner commented with a heart eyes emoji, while Tristan Thompson — who shares True with Khloé — left two heart emojis below the picture.

The post comes a day after Kim returned to Los Angeles following a trip to Cody, Wyoming, where she was seen having an intense conversation with husband Kanye West.

A source told PEOPLE that Kim was "hysterically crying" during the couple's reunion, adding that "Kim hasn’t seen Kanye for weeks."

"She is very emotional about everything, and also exhausted," the source said. "She feels very hurt by Kanye. She has tried to reach him multiple times and he just ignores her."

"It’s all a bad situation," the source added. "She decided to fly to Cody to speak to him in person. She doesn’t want to be ignored anymore."

In the last few weeks, Kanye, who has bipolar disorder, has demonstrated behavior that is increasingly erratic, including divulging deeply personal details about his family and marriage. He has also launched an unlikely bid for president of the United States.

A source recently told PEOPLE that this has been "a very sad time" for Kim, who has been struggling to navigate her marriage amid the rapper's recent public outbursts.

"Kim feels trapped," the source said. "She loves Kanye and she thinks of him as the love of her life. But she doesn't know what to do."

Kim arrived back in L.A. on Tuesday. According to multiple media outlets, the Keeping Up with the Kardashians star was alone when she got off a private jet at an airport.

"Kim was thinking that they need to be apart," a source told PEOPLE. "She knows that it's not healthy for her to be around him now, and it's honestly not healthy for the kids. He needs to get his stuff together before he can be any sort of partner or father."

Still, no matter what, "Kim wants the best for Kanye," an insider said. "And she will always want what's best for him." 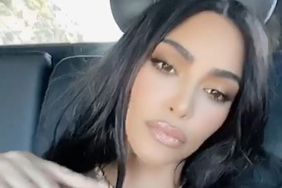 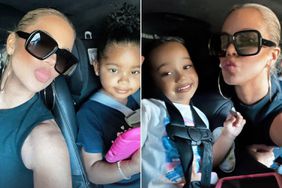 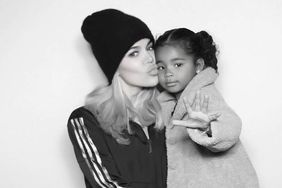 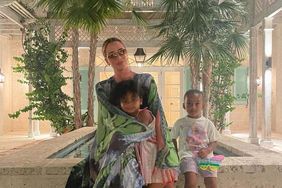 Khloé Kardashian Strikes a Pose with Daughter True and Niece Chicago, 3: 'Me and My Girls'