The reality star’s best friend Jonathan Cheban took to Instagram on Sunday to congratulate her on her newborn.

“CONGRATS to the most amazing parents, My BFF and Kanye on the arrival of their baby boy.. I can’t wait to babysit both of the most beautiful kids,” Cheban, 41, wrote as the caption to an adorable picture of him holding the famous couple’s first child, daughter North, 2.

Cheban, creator of TheDishh.com, told PEOPLE in October that he’s a supportive bestie to Kardashian West – though when it came to her pregnancy, he didn’t “hear about the mommy stuff.”

“She knows that’s the stuff I don’t deal with,” he said, laughing. “Everything else I’m good, but I’m not mushy with that stuff. She’s got to deal with that herself. She’s got enough people to help her with that.”

Indeed, Kardashian West, 35, has been surrounded by her famous family since she gave birth to her still unnamed son Saturday in Los Angeles.

In addition to proud father Kanye West, who was on hand during the birth, mom Kris Jenner and sister Khloé Kardashian also spent time with Kardashian West at the hospital throughout the weekend, and a source told PEOPLE that sister Kourtney Kardashian assisted Kardashian West during her labor. 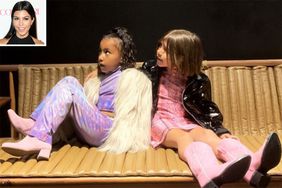 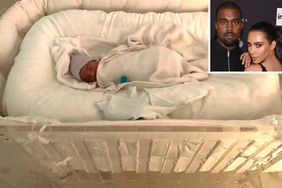 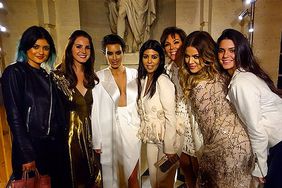