On Monday, Ireland Baldwin, 25, paid tribute to sister Carmen on Instagram, sharing a photo of Carmen snuggling with baby sister María Lucía Victoria, nearly 6 months, and writing, "Happy birthday, Carmen 💖 I know you don't have Instagram yet (thank God) but I love you with all my heart and when you do eventually get an Instagram in 5-10 years or whatever cooler app is available then, please follow me back. I'm not worthy. 👑"

Alec shares Ireland with Basinger. They split in 2002 after nearly nine years of marriage, when Ireland was 7 years old.

RELATED: Kim Basinger Comments on Photo of Ex-Husband Alec Baldwin with Three of His Sons: 'So Cute'

Sharing a photo of all six of her kids Monday, Hilaria wrote on Instagram, "Happy 8th birthday Carmen…we love you so…other than the babies, we almost got the photo all smiling 🤣 ❤️. Ps that's my hand under Edu's arm." She also shared a silly outtake from the group photo session.

Back in 2016, Basinger opened up to The Edit by Net-A-Porter about how going through a public divorce affected the way she raised her daughter.

"Divorce is hard on a kid, no matter how you cut it. And ours was very public and nasty, so I brought up Ireland in a very unconventional way," said Basinger at the time. "... I just wanted her to be free. If she wanted to have her friends over and write over the walls with pen, that was fine. I wanted her childhood to be full of love and light and animals and friends."

Though Basinger and Alec were embroiled in a four-year custody battle over their daughter following the split, she said they had since moved on and were on better terms. "[Alec and I are] cool now, though," she said. "Life goes on."

In April 2019, Hilaria told PEOPLE about her "great" relationship with stepdaughter Ireland.

"There's obviously things in the past … with her parents, they've suffered, and I don't get involved in that," she said at the time. "I think that's one of the smartest things I've ever done. I'm here, everybody knows that I love them and I care about them and if they need me I'm here, and I'm never going to put my nose where my nose doesn't belong." 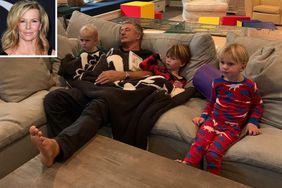 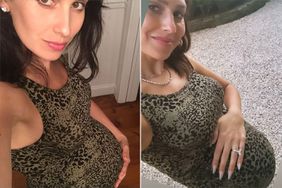