Khloé Kardashian on Co-Parenting with Tristan Thompson, Her Desire for Daughter to Have a Sibling

"You never speak poorly about someone that you have a child with or even an ex at all," Khloé Kardashian said

Khloé Kardashian is taking examples from her own blended family to figure out what's best for her co-parenting methods with Tristan Thompson.

On Thursday, the Keeping Up with the Kardashians reality star, 36, virtually spoke with Drew Barrymore on her CBS talk show to discuss what it was like growing up in a co-parented household of her mother Kris Jenner, late father Robert Kardashian and stepparent Caitlyn Jenner.

"I can't take the credit," the Good American co-founder said about her co-parenting dynamic with Thompson. "I have first my parents, my mom, my dad and my stepdad, that trilogy was just like the ultimate because what they embedded in us and what they showed us, and I don't think I understood how mature and respectful and loving my three parents were until you put yourself in a similar situation."

Kris and Caitlyn wed in April 1991, just a month after the matriarch got divorced from Kardashian. Then in 2013, they separated after 22 years of marriage, two years before Caitlyn publicly came out as transgender.

"My dad and stepdad, I'm sure it definitely wasn't easy at first, the first couple of years I don't even know if they spoke to one another. We didn't know that because they never talked poorly about one another to us but of course it was a challenge for my mom to remarry, I'm sure it was a challenge for my dad with all that but eventually, my dad would come over once a week for family dinners and my dad and my stepdad would play golf with one another about once a week and my dad was over every Christmas and so I have them as examples," Khloé told Barrymore.

In addition, the mom of one, who shares daughter True with Thompson, called her older sister Kourtney Kardashian and ex Scott Disick, who share three children, another example of positive co-parenting.

"Then I have my sister Kourtney and I still call him my brother, Scott, so many great examples that I don't think we allow one another to do anything less and we get to learn from one another," Khloé said.

"Of course, there are days that are definitely more trying, bumpy and turbulent but you never speak poorly about someone that you have a child with or even an ex at all, like at some point you chose to be in that relationship and at some point, there was love and respect, so why can't we at least find a common ground somewhere," she added.

Also, her large family served as an example for the community she wants her daughter True to be raised in. "I have so many brothers and sisters, so I do want to have a sibling for True," she said of having more children.

"With the world of COVID, I've been doing IVF and all that kind of stuff and it's been more challenging in a quarantine year, but I definitely do," Khloé shared.

During last week's premiere of the final season of KUWTK, Khloé and Thompson spoke about conceiving another child together and how they "will not be conceiving the natural way." (At the time of filming, she and Thompson were not dating but have since got back together.)

"I have seen so much growth and so much change in Tristan, which I'm so grateful for. So I'm thrilled that Tristan is on board with turning some of my frozen eggs into embryos," she said on the show, which featured videos of her injecting hormone shots and footage from her egg retrieval process. 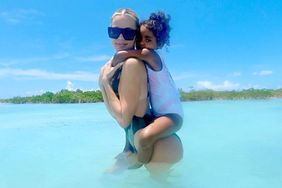 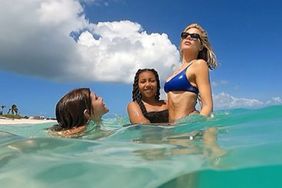 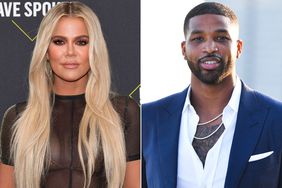 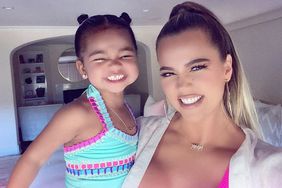